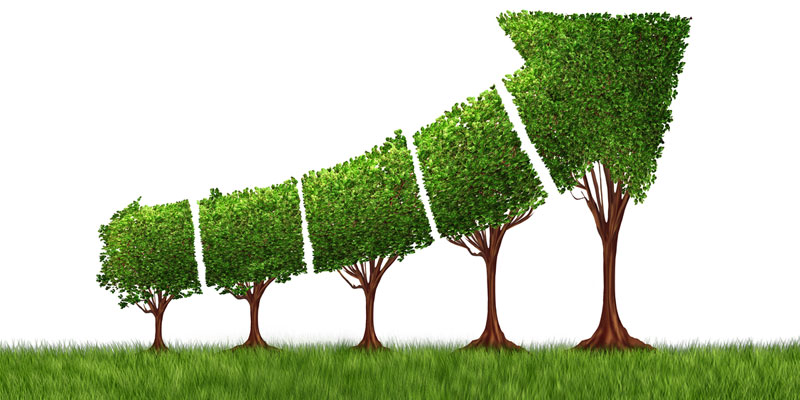 The passage of the Tax Cuts and Jobs Act, which is the most significant tax reform to occur in decades, is creating economic growth and opportunities for Americans. The tax cuts, along with President Donald Trump’s unshackling the economy from excessive regulations, is the cause of this economic renewal. The “new normal” economy of slow economic growth and high unemployment that dominated during President Barack Obama’s administration has ended.

The lesson to be learned is that tax rates matter and lower levels of taxation and regulation create economic growth. Prior to the passage of the Tax Cuts and Jobs Act the 20th century saw three important periods where tax cuts stimulated the economy. These include: The Harding/Coolidge cuts of the 1920s, the Kennedy cuts of the 1960s, and the Reagan cuts of the 1980s. All three have substantially improved economic conditions and raised government revenues during their respective years. Patrick J. Buchanan wrote that Presidents “Harding, Coolidge, JFK, and Reagan all bet on the private sector as the engine of prosperity. All succeeded.”[1]

The Harding and Coolidge Tax Cut:

President Warren Harding represented fiscal conservatism at its best. In 1921 when he took office he faced a severe economic recession from his predecessor President Woodrow Wilson. Harding, along with his Treasury Secretary Andrew Mellon, resolved the recession by slashing taxes and government spending. “Harding and Mellon had done nothing except cut government expenditure by a huge 40 percent from Wilson’s peacetime level, the last time a major industrial power treated a recession by classic laissez-faire methods, allowing wages to fall to their natural level.”[2]

President Calvin Coolidge, upon the unfortunate death of Harding, continued the tax and budget cut policies. “The Coolidge-Mellon team took dead aim at a steeply graduated federal income tax.”[3] According to Robert Sobel his economic “goal was to hold the line on spending, and if possible roll it back, while at the same time reducing taxes, for he expected that this would result in greater personal freedom, continued prosperity, and a more moral population.”[4]

The economic policies of the 1920s created more revenues and ushered in economic expansion. “Between 1922 and 1929, real gross national product grew at an annual average rate of 4.7 percent and the unemployment rate fell from 6.7 percent to 3.2 percent.”[5] As Cal Thomas wrote: “He [Coolidge] cut taxes four times and reduced the national debt by one-third while maintaining a surplus every year in office.”[6]

President John F. Kennedy is not known for his “conservatism,” but he did understand the benefit and necessity of a tax cut. “Recognizing that high tax rates were hindering the economy, President Kennedy proposed across-the-board tax rate reductions that reduced the top tax rate from more than 90 percent down to 70 percent.”[7] In a speech before the New York Economic Club Kennedy explained the reason for his policy. “In short, it is a paradoxical truth that tax rates are too high today and tax revenues are too low and the soundest way to raise revenues in the long run is to cut the rates now.”[8] The Kennedy tax cut was described as a “major factor that led to our running a $3 billion surplus by the middle of 1965 before escalation in Vietnam struck us.” [9]

President Ronald Reagan in 1981 inherited the malaise of President Jimmy Carter. The malaise was characterized by inflation, high taxes, and a general feeling that capitalism had reached its capacity. Reagan understood that less government and tax cuts were necessary to reverse the past economic trend. In 1981 Reagan signed into law the Kemp-Roth tax cut, which slashed income and capital gains tax rates. “Total federal revenues doubled from just over $517 billion in 1980 to more than $1 trillion in 1990.”[10] Reagan followed his tax cut up with another series of cuts in 1986, which added to the economic recovery and expansion into the 1990s.

“The Reagan tax cuts, like similar measures enacted in the 1920s and 1960s, showed that reducing excessive tax rates stimulates growth, reduces tax avoidance, and can increase the amount and share of tax payments generated by the rich.”[11]

The Benefit of Tax Cuts

Arthur Laffer, the father of the Laffer Curve and Supply-Side economics, wrote:

The tax cuts outlined above were significant because all three examples ushered in significant economic growth. The best economic policy can be summed up by tax cuts, budget cuts, and limited government, or to phrase it in simple terms: Constitutional government.

Perhaps President Warren G. Harding and President Calvin Coolidge offer the best example for policymakers today because they not only lowered tax rates, but were successful at cutting spending. As our $21 trillion national debt continues to rise and the escalating cost of unfunded entitlements it is paramount for policymakers to begin to cut spending. Lowering tax rates is sound economic policy, but it must be combined with reducing spending. Our national debt is a serious problem that must be addressed. As Coolidge stated: “When I was in office, tax reduction, tariff stability, and economy were the things which I gave attention. We succeeded on those lines.”[13]

[8] John F. Kennedy, “Address and Question and Answer Period at the Economic Club of New York,”

[9] Quotation taken from Walter Heller, Chairman of the Council of Economic Advisers, in

Arthur B. Laffer, “The Laffer Curve: Past, Present, and Future,” Backgrounder No. 1765, The Heritage