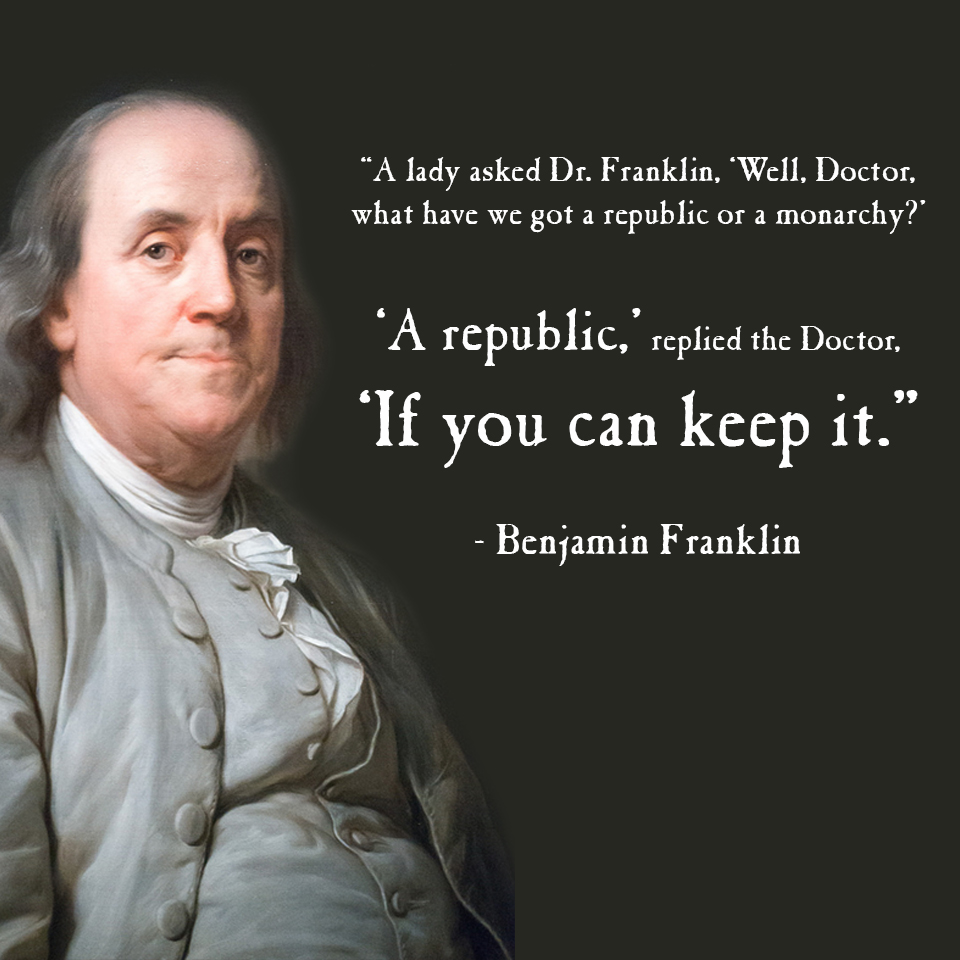 A Defense of the Electoral College

The simple argument for keeping the Electoral College is the fact that it works. More importantly we are a nation of “United States.”

The debate is not new to American politics—whether or not the Electoral College should be replaced by a direct national popular vote for president—but the question, and the resolution, goes deeper than just elections, politics, and representation. It goes directly into the heart of our constitutional Republic. The Electoral College is fundamental to our constitutional system of limited government, federalism, equal representation, and separation of powers.

Advocates of the direct national popular vote believe the Electoral College is a relic. In addition, they argue that the current system reflects voter’s decision on a state-by-state level and not on a national level. The conclusion: A direct national popular vote would be more democratic, recognize the nationwide presidential preference, and truly carry out the dream of equal representation, the famous one man-one vote concept. To many voters this probably sounds like a good idea, but, this is just another attempt to break down and eliminate our constitutional Republic.

When a presidential vote takes place every four years, citizens are actually voting for electors, rather than the specific candidate. For example, a vote for Donald J. Trump in 2016 would represent a vote for a Republican elector and vice-versa.  The winner of the plurality of votes in the November then goes on to win that particular state’s slate of electors.  In December, electoral ballots are cast in state capitals and the process is completed in January, of the New Year, when the ballots are counted before a joint session of Congress.

The Electoral College was created by a compromise during the great debates that resulted in the written Constitution of 1787; in fact, the Founder’s rejected a measure calling for the direct election of the president. The simple argument for keeping the Electoral College is the fact that it works. More importantly we are a nation of “United States.” It is important to remember that the individual states created the Constitution and not the other way around. In addition, through federalism, the Constitution gives states sovereign power through the 10th Amendment, and the powers of the national government are limited by Article I, Section VIII, which lists the enumerated powers of Congress. In Federalist # 45 James Madison wrote: “The powers delegated by the proposed Constitution to the federal government are few and defined. Those which are to remain in the State governments are numerous and indefinite.” In other words the Electoral College preserves federalism.

Politically speaking the Electoral College offers equal representation. A direct popular vote would force candidates and elections to be determined by the large metropolitan cities, while the current system, allows voters in smaller states to have an equal voice. In addition, a direct popular vote would force presidential candidates and political parties to target their platforms to the wishes of the major urban centers. This system would be great for Boston, San Francisco, or New York City, but not good for rural, small town America. “Voters in southern, Midwestern, and western states—derided as ‘flyover’ country—tend to value family, religion, individual liberty, property rights, and gun rights. Washington elites abhor these values, and they hate that middle and rural America hold any political power whatsoever,” wrote former presidential candidate and Representative Ron Paul.

Do critics want to abolish the Senate as well? Delaware, the least populous state in 1789, was understandably the first to ratify the Constitution with its equal representation of states in the Senate: Virginia, the most populous, had eleven times more voters. Today Wyoming’s Senators’ votes can cancel those of California’s Senators, who represent sixty-nine times more people. If that offends you, so does America’s constitutional federalism. The electoral-vote system, like the Constitution it serves, was not devised by, and should not be revised by simpleminded majoritarians.

The Electoral College protects from political factions, works to prevent voter fraud, and provides a solid reason for consensus building in presidential campaigns. As an example, in 2016, President Trump was able to build a coalition that consisted of not only Republicans, but also independents and many blue-collar Democrats. This coalition was an instrumental factor in President Trump winning the election. Many examples could be examined throughout our history, but the point is that the Electoral College forces candidates and political parties to build coalitions.

The term and concept of Democracy is being preached in both domestic and foreign policy circles, but we must remind ourselves that our system is a Constitutional Republic and not a democracy. As John Samples, director of the Center for Representative Government at the CATO Institute, wrote: “If the Founders had wished to create a pure democracy, they would have done so. Those who now wish to do away with the Electoral College are welcome to amend the Constitution, but if they succeed, they will be taking America further away from its roots as a constitutional republic.”