A nation emerging from a significant pandemic and an economic downturn awaited President Joe Biden in early 2021. President Warren G. Harding inherited a similar situation after winning the 1920 election in a landslide. But Harding overcame it by getting government out of the way. The economy recovered quickly—whereas Biden enacted bad progressive policies that have resulted in a double-dip recession with 40-year high inflation.

Biden should learn from Harding and his successor President Calvin Coolidge to correct government failures and allow markets to heal so that we can enjoy abundant economic prosperity again.

In the aftermath of the Great War, the U.S. suffered a severe economic downturn. The late economist Milton Friedman described this as one of the most “severe on record.” The depression of 1920-1921 is often forgotten because it was short-lived, but it offers policy lessons that can be applied to our current situation.

Prior to and during the Great War, President Woodrow Wilson led a massive expansion of the federal government, which included the creation of the Federal Reserve and personal income tax system. After the war, markets corrected from those government failures throughout the economy triggering a steep economic downturn.

The business and agriculture sectors were hit particularly hard by the depression of 1920-1921, which led to bankruptcies and farm foreclosures. Unemployment was estimated to be about 12% and the nation was hit buffered from deflation. Americans were hurting.

During the presidential campaign of 1920, then-Sen. Warren G. Harding pledged a “return to normalcy” against Wilson’s progressivism. During the campaign, Harding argued that the nation needed to return to sound money, less spending, lower taxes, less debt, and limited government.

This was the fiscal policy blueprint of the “normalcy” agenda. Harding understood that to revive business confidence and lower high income tax burdens, the federal government must get its fiscal house in order.

In 1921, Congress passed the Budget and Accounting Act, which under the leadership of Bureau of the Budget Director Charles Dawes and later his successor, Herbert Lord, worked to reduce federal spending. Dawes would compare the task of cutting spending to having a “toothpick with which to tunnel Pike’s Peak.”

Harding also understood that to lower the high tax rate, spending had to be addressed first. “The present administration is committed to a period of economy in government…There is not a menace in the world today like that of growing public indebtedness and mounting public expenditures…We want to reverse things,” explained Harding.

Reducing spending was not easy.

As an example, Harding vetoed a popular bonus for veterans of the Great War. Overall, Harding’s commitment to economy in government resulted in an estimated 50% reduction in federal spending. Harding also relied on Secretary of the Treasury Andrew Mellon, who also shared his views regarding limiting spending.

Mellon would serve as the lead architect for Harding’s tax reform policies. The top income tax rate was over 70% and Mellon’s goal was to lower the rate. Through a series of tax reforms, the high rate would eventually be cut to 25% during the Coolidge administration.

Harding and Coolidge’s fiscal conservatism of lowering spending and tax rates and paying down the national debt resulted in a quick economic recovery. The Federal Reserve also tightened the money supply. The historian Paul Johnson wrote “Harding had done nothing except cut government expenditure, the last time a major industrial power treated a recession by classic laissez-faire methods…”

After the death of Harding in August 1923, Coolidge continued and strengthened the economic policies of Harding. President Coolidge, along with Secretary Mellon, continued to lower spending and tax rates. The federal budget was $3.14 billion in 1923. By 1928, when Coolidge left, the budget was $2.96 billion.

Altogether, spending and taxes were cut in about half during the 1920s, leading to faster real economic growth and productivity that contributed to budget surpluses throughout the decade. The decade had started in depression and by 1923 the national economy was booming with low unemployment.

And that continued throughout much of the decade. This would have continued but government expanded again. In particular, the Hoover administration ran deficits and raised taxes and the Federal Reserve had too loose and then too tight money supply. This led to the Great Depression—a phenomenon that was avoidable and was exacerbated by President Roosevelt’s large expansion of government.

It’s unlikely that President Biden will follow the pro-growth economic policies of Harding and Coolidge, nor will the Fed tighten the money supply enough to reduce inflation.

President Biden’s philosophy of woke progressivism is bankrupting our country. The latest example is the recently passed “Inflation Reduction Act” that will lead to higher taxes, more inflation, and a deeper recession.

Congress instead should have adopted more of the pro-growth policies practiced by Harding and Coolidge. 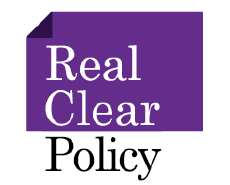