The 2022 legislative session was historic for Iowa taxpayers. Nearly two months ago the legislature passed the largest tax relief measure in Iowa history, which was signed into law by Governor Kim Reynolds on March 1. What too many people overlook is that significant tax cuts like Iowa’s are only made possible by years of prudent and conservative budgeting.

Since 2018, Governor Reynolds and the legislature have placed an emphasis on passing tax reforms and restraining the growth of spending. This legislative session delivered the third (and largest) round of tax cuts yet, which was accompanied by a budget for Fiscal Year (FY) 2023 of $8.2 billion. This is a slight increase from the $8.1 billion FY 2022 budget and will likely mean yet another large budget surplus.

Both the Cash Reserve Fund and the Economic Emergency Fund are at their statutory limits with a combined balance of $895.2 million. The Taxpayer Relief Fund is projected to have an ending balance of over $2 billion for FY 2023; Iowa has developed a habit of collecting more money than the state needs.  It is a credit to our policymakers that they have not given into the temptation to crank up spending.

Prior to the legislative session Governor Reynolds and the legislature stated that tax reform would be a priority and they proved it by passing tax cuts before they passed their spending bills; taxpayers were prioritized ahead of spending, which is how it should work every year. The final product was a series of phased in cuts that will create a flat individual income tax rate of 3.9 percent by 2026, gradually phasing down the corporate income tax until it reaches a flat 5.5 percent rate and eliminating all state taxes on retirement income. Iowa is proving that lowering tax rates and keeping spending low is a fiscal policy that places the taxpayer first and creates economic growth and opportunity.

Consider the latest unemployment report, with Iowa checking in at 3.0 percent unemployment in April. This is more than one and a half points better than our big spending colleagues in Illinois, New York, and California. Those three states are losing seats in Congress because their population growth is lagging the rest of the country. Governor Reynolds and Iowa’s legislative leaders understand that more government spending is not the only response to policy issues.

Critics who argue that the legislature is depriving education or other programs of funding, need to remember that state spending has not decreased; the growth of Iowa’s budget has simply been restrained. Consider that about 80% of the $8.2 billion General Fund budget is spent on public education, (including K-12 and higher education), and programs administered by the Department of Health and Human Services (DHS), which Medicaid is the largest budget driver.

Education and DHS spending leave little room in the budget for other priorities such as public safety and the courts. Public education and Medicaid are two of the fastest growing areas of the General Fund budget. Medicaid is especially concerning because it is a federal-state shared program and increasing Iowa’s Medicaid population results in increasing that portion of the budget. 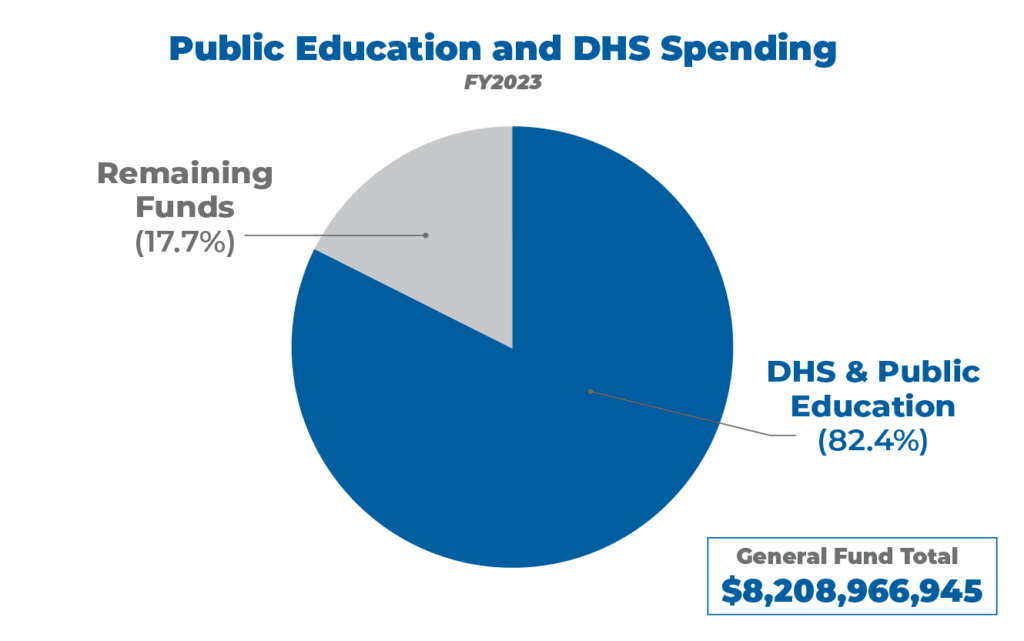 Some progressive Iowans will make the argument that education is not being “fully funded,” and it is being deprived of resources. This simply is not the case. Education is already more than half of the General Fund budget, and that does not even consider the education expenses that are paid for by Iowans’ property taxes that are collected and spent at the local level. 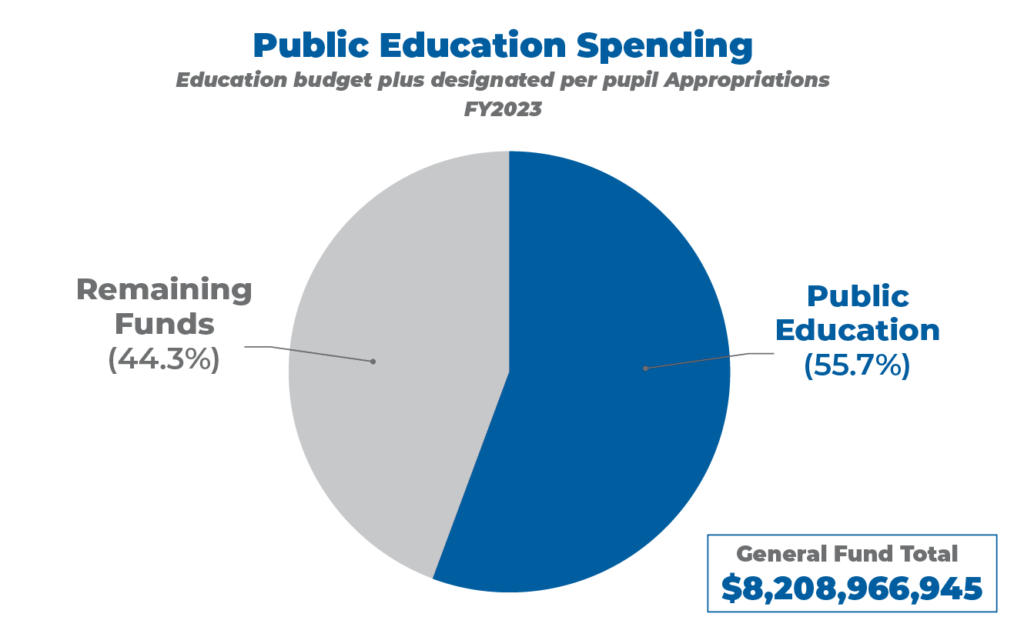 Iowa’s FY 2023 budget continues the fiscally conservative trend that has emerged from a number of state capitols across the country. Iowa is following the example of states like North Carolina, which serves as the gold standard for state-level tax reform. “It’s often discussed how North Carolina is a national model for smart tax reform, but what the Old North State doesn’t get enough credit for is how much it has also been a model for conservative budgeting and spending restraint,” wrote Grover Norquist, President of Americans for Tax Reform.

Conservative budgeting is working in Iowa. As a result, our economy is strong, and the state’s financial foundation is secure. It is imperative that Iowa continues to follow a policy of fiscal conservatism. “This generational tax cut will be implemented over the next several years, and a conservative, sustainable budget must accompany that tax relief,” stated Iowa Senate Majority Leader Jack Whitver.

Governor Reynolds and the Iowa legislature should be commended for continuing to hold the line on spending growth while putting the taxpayer first. Too often the taxpayer is forgotten, but this is changing in Iowa. Our state is growing stronger and more competitive because of it.