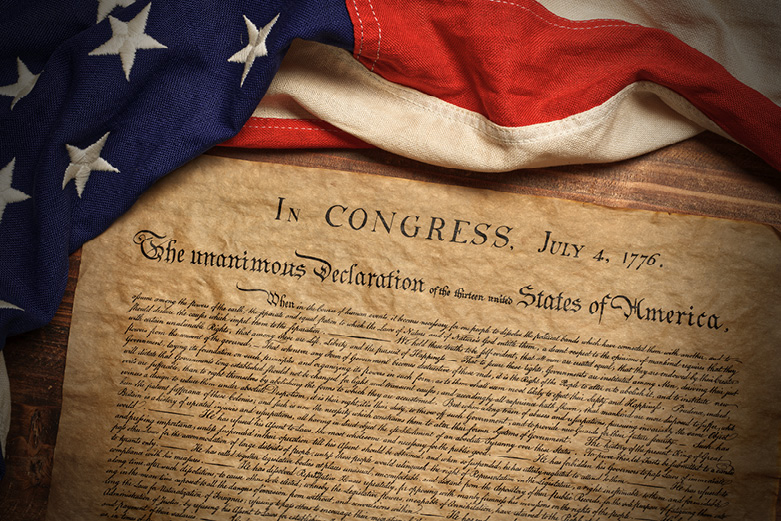 “I'm warning of an eradication of the American memory that could result, ultimately, in an erosion of the American spirit. Let's start with some basics: more attention to American history and a greater emphasis on civic ritual,” stated President Ronald Reagan in his Farewell Address to the nation. President Reagan’s warning still holds true today. We are confronted with a national crisis in civic education. Numerous surveys have demonstrated that students across-the-board from K-12 to higher education are not learning American history, government, and Western Civilization. The latest evidence is scores from the National Assessment of Educational Progress (NAEP), the nation’s report card.

“A quarter or more of America's 8th graders are what NAEP defines as 'below basic' in U.S. history, civics and geography. In the real world, this means students don't know what the Lincoln-Douglas debates were about, nor can they discuss the significance of the Bill of Rights, or point out basic locations on a map. And only 15 percent of them have a reasonable knowledge of U.S. history. All Americans should take a moment to think about the concerning implications for the future of our country,” noted Secretary DeVos.

The results of the NAEP are not only troublesome but point to a larger trend on the decline of civic education throughout our educational system. The American Council of Trustees and Alumni (ACTA) reports that 82 percent of colleges and universities do not require a student to take a course in American history or government.

Jeffrey Sikkenga, Executive Director of the Ashbrook Center, described the crisis in civic education as a “civic illness.” “The results make clear that too many young people around the country don’t know the basic facts of U.S. history and government. More important, they also don’t adequately understand the fundamental principles that guide our country,” wrote Sikkenga.

Numerous reasons exist for the growing national unfamiliarity of American history. One reason is the focus on STEM (Science, Technology, Engineering and Math) education. Over the last several years, education at all levels have been pushing STEM. Sikkenga notes that educational taxpayer funds and state and federal standards are focusing more on STEM. The argument being made is that STEM and technical education fields prepare students for today’s workforce. Our society needs more skilled workers, but we also needed informed citizens.

Although, STEM and technical education is valuable, education is more than just preparing an individual with the necessary skills to succeed in an occupation. Education must also be about character, citizenship, and liberty. “History isn’t just something that ought to be taught, read, or encouraged only because it will make us better citizens. It will make us a better citizen and it will make us more thoughtful and understanding human beings,” stated historian David McCullough.

“Of course, we need good scientists and engineers; but we are forgetting something critical for America’s future. Math scores matter, but not every American will be a mathematician. Science scores matter too, but not everyone will be a scientist. Every American will be a citizen, however. It’s a lifetime job. What young people learn – or don’t learn – about our history and government will shape the course of our country’s future,” argues Sikkenga.

Americans have a citizenship responsibility that requires an informed patriotism based on our history and institutions. “History is the source of all life’s lessons, the good and the bad. We turn to history to see what to embrace and what to avoid,” wrote James S. Robbins in Erasing America: Losing Our Future By Destroying Our Past.

A comprehensive review is needed to ensure that all students are learning American history, but also American government, and Western Civilization. Cultural and social forces are also impacting the teaching of United States history and government, which is often politicized today based on political correctness, multiculturalism, and civic “activism.” Students are often taught that they are global citizens, rather than citizens of the United States.

“Anxiety about political correctness plays another role in the vanishing of history. At the elementary and secondary levels, any teacher who attempts to discuss the Pilgrims at Thanksgiving, or remember the Alamo or the Maine or Custer’s Last Stand, is likely to risk angry cries of grievance from parents and watchdog groups, and so it becomes safer just to dodge history teaching entirely,” wrote historian Allen Guelzo.

“Reawakening the American spirit begins with rediscovering the greatness of the American story,” wrote Robbins. This means that we not only need to reassess American history standards, but also challenge students in their study. Our national history is a great story and it is paramount that all Americans understand what it means to be American.

“Students need to go back to America’s past and ask it questions, starting with our Founding. They need to study great documents like the Declaration of Independence, the Constitution, Abraham Lincoln’s “Gettysburg Address,” and Martin Luther King’s “I Have a Dream” speech. Not just read about them in boring textbooks, but read the documents themselves, for themselves. Have great conversations with those great minds – discover for themselves the story of America in the words of those who lived it,” stated Sikkenga.

The national decline of civic education is leading the nation down a path of self-destruction. To confront the policy challenges of today, citizens must understand our history and government. It is also a moral responsibility. Individuals, communities, schools, civic groups, and even businesses all need to realize the importance of civic education.

In The Death of the West, Patrick J. Buchanan wrote: “How does one sever a people’s roots? Answer: Destroy its memory. Deny a people the knowledge of who they are and where they came from . . . Destroy the record of a people’s past, leave it in ignorance of who its ancestors were and what they did, and one can fill the empty vessels of their souls with a new history . . .”