Chose Iowa To Raise A Family

Chose Iowa To Raise A Family

Editor’s note: ITR Foundation is thrilled to welcome Sarah Curry, DBA, to our team where she will serve as our Research Director.  You’ll get to know her work soon enough, but first we asked her to introduce herself to our members. 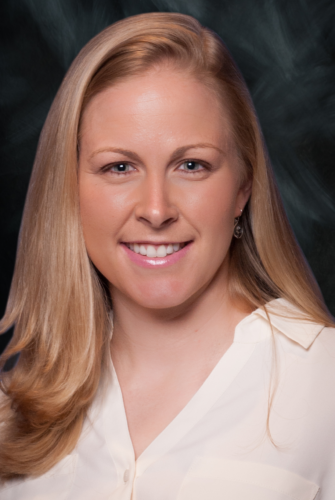 I was born in Dallas, North Carolina and grew up on my family’s farm. Receiving two athletic scholarships (soccer and track), I moved to South Louisiana where I received a BS in Business Administration and a minor in Government from Nicholls State University. When I graduated, it was during the Great Recession and jobs were scarce, so I immediately enrolled into an MBA program while working as a part-time bank teller.

During my master’s program I studied abroad in Spain and lived with a host family. I also participated in an internship in Washington, D.C. with the House of Representative’s Financial Services Committee where I worked with staff during the Troubled Asset Relief Program (TARP) negotiations. During the 2010 election cycle I was a campaign manager for a state senate race that saw us win the seat.

Immediately following my graduate studies, I worked for Vanguard as a licensed representative selling investments. Teaching clients about investments was extremely rewarding, but the corporate culture and work environment was not something I saw myself doing long-term. So, I moved to Raleigh and took a job with the North Carolina State Senate as a research assistant for the chairs of the Senate Agricultural Committee and headed the research efforts for the Regulatory Reform Committee. That is where I learned about state-based policy, and it led me to the John Locke Foundation, a free-market think tank based in the Tarheel State.

While at Locke, I conducted in-depth research on budgets, taxation, and all things fiscal at the state level. I had discovered that my passion was fiscal policy, yet I knew Raleigh was not my forever home. Wanting to stay in state-based public policy (and the State Policy Network), I moved to the Platte Institute in Omaha as their Policy Director, where I worked for the last six years (while living on the “right” side of the Missouri River). In addition to the work at Platte, I have been a part of many national working groups on issues like local government, COVID relief spending, and tax reform. Last year, I earned a Doctor of Business Administration in Finance, with my dissertation focusing on municipal debt.

I devote a lot my spare time to working with soccer referees. I became a soccer referee when I was 16 years old and have continued till this day. I have officiated at the youth, high school, collegiate, and semi-pro levels. Currently, I sit on the Glenwood Soccer Club’s board as the referee mentor and on the Iowa Referee Committee as the SW Iowa representative overseeing our mentor program, helping to recruit and train new officials.

My husband and I enjoy traveling with our RV and have been taking advantage of living in the middle of the country; we love visiting new places and camping with the kids. I also volunteer with my church, am a member of MOPS (Mothers of Preschoolers) and enjoy gardening while at home.

Observations Since Moving to Iowa

We chose to move to Iowa in 2016, initially because the property taxes were lower than Nebraska’s. (That remains true today, but both states have a heavy property tax burden).  Since moving to rural Iowa, we have seen that small towns in Iowa flourish when people are proud of their communities. Rural flight is occurring across the country, and many small towns are shrinking. I think it’s important to address the problems of local government in Iowa while also understanding that people love their small towns and are very protective of “the way we’ve always done it”.

There is very limited school choice in the Midwest, in Iowa and Nebraska especially. In Glenwood we only have our public school district as an option unless we make the 40-mile round trip to Council Bluffs, where there aren’t that many other choices. I’d like to see more options for parents, especially in rural areas. That said, I have seen how much people value the public schools in their communities and all Iowans should want our public education system to be one of the nation’s finest.

Having examined local government operations in other states, it seems like local governments spend more in Iowa than they do elsewhere. More anecdotally, Iowa’s county and city level governments have a lot of “good ole boy” policies in place. For instance, I’ve been involved with a property tax assessment equity issue in Mills County, though the initial data I’ve reviewed suggests the problem isn’t unique to our county. Unregulated or excessive tax incentives are another issue that persists across the state.

I share all these thoughts as a way of saying that we chose Iowa as the place where we wanted to raise our family and we love our community.  I’m excited to dig into the data, see where it points us, and help develop policy solutions that will continue to build on the progress our state has made in recent years.