Having multiple property tax levies allows local governments to shift spending outside the regular general levy driving up the overall cost of government on taxpayers.

No municipality in the State of Iowa may levy a tax unless it is specifically authorized to do so by state law. Over time, the legislature has approved multiple different property tax levies. For example, under current law, Iowa cities have 30 different property tax levies available to them, including the regular general levy that is capped at $8.10.

These multiple small property tax levies are combined to make up the taxing entity’s total, or consolidated, tax rate per $1,000 of taxable property. Taxpayers often have no idea what individual property tax levies are used or how much is collected for each purpose because their tax bills only give the consolidated rate. Allowing many additional levies also drives up the overall cost of government, because local governments can shift spending outside the regular general levy.

Many of these special levies came into existence multiple decades ago and no longer serve a purpose. In 1921, for example, Iowa passed the Municipal Band Law, which enabled towns to implement property taxes to support community bands. In the 1930s, the state created a property tax to fund farmers’ testing of their cattle for brucellosis.

Unfortunately, immediate consolidation is not realistic, so a phased approach may be necessary. Any levies not being used should be repealed immediately. Those that are used infrequently or by a minority of local taxing entities should be evaluated and consolidated on a short timeframe. Those used by most local governments need to be quantified and subjected to cost-benefit analyses to reasonably increase the general levy sufficiently to cover the immediate needs of local government without creating opportunity for large increases of tax bills. 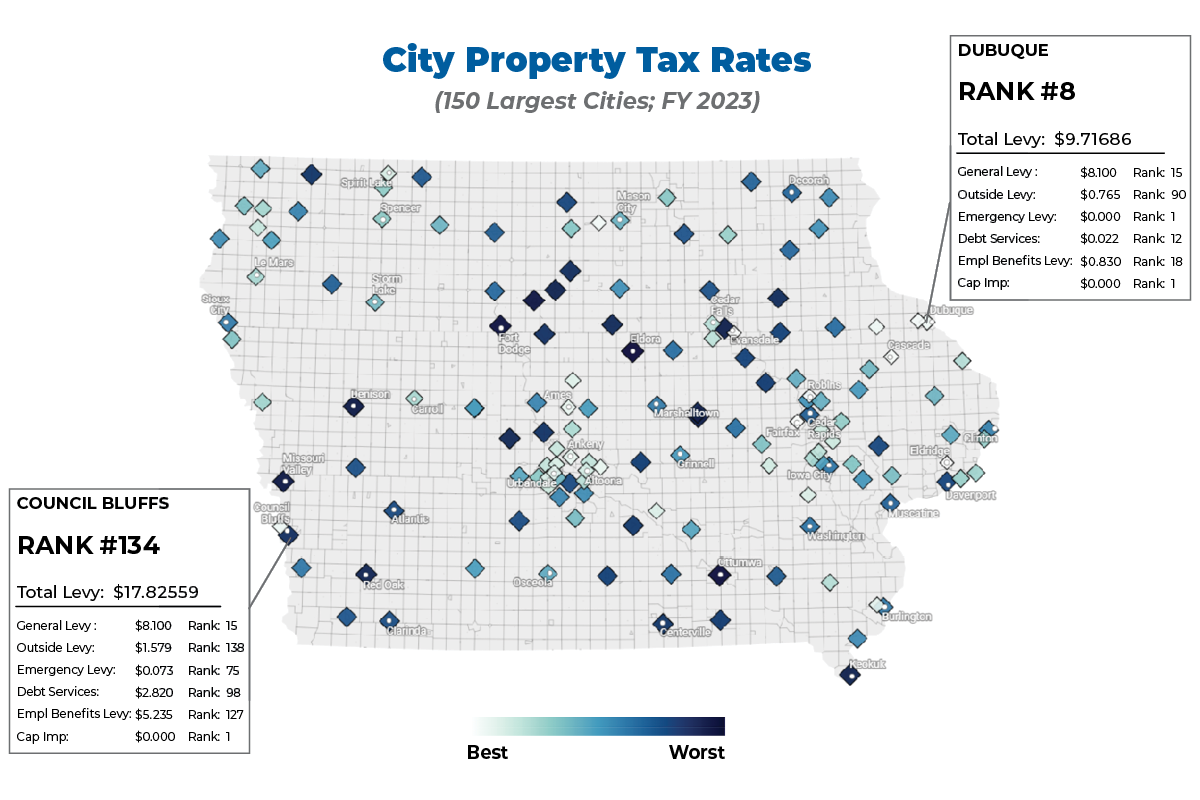 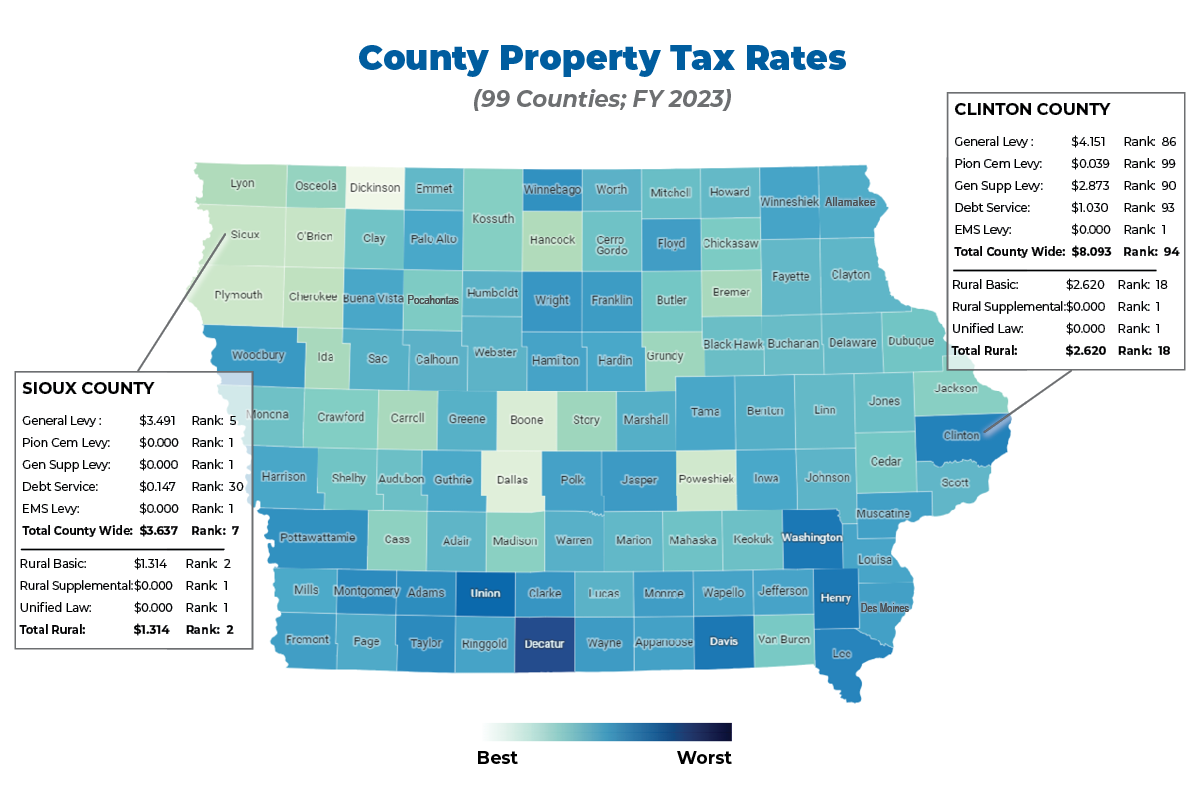