How Much Does Government Cost in Iowa?

How Much Does Government Cost in Iowa?

Can you think of any area of your life that is not directly impacted by government? Government, whether at the federal, state, or local level, has grown considerably overtime. The escalating $26 trillion national debt is the most symbolic description of the growth of government.  As more demands are placed on all levels of government, it creates a problem. As states such as Illinois, New York, and California have demonstrated, government cannot tax and spend their way to prosperity.

The Iowa Department of Revenue recently released a report on the cost of government in Iowa. The report uses Fiscal Year (FY) 2018 data to measure the cost. At that time, state and local governments in Iowa cost $38.25 billion, which means each Iowan would need to pay over $11,500 in order to meet the demands of government. That figure cost Iowans over $30 billion with the remaining $8 billion coming from the federal government. 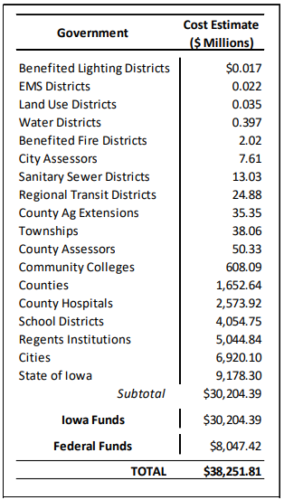 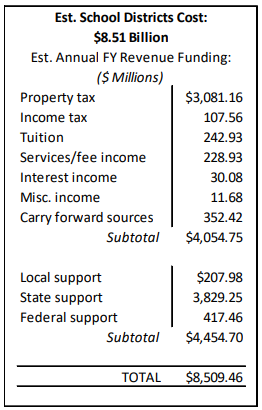 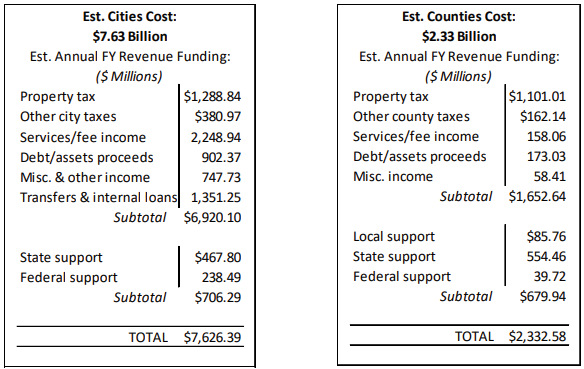 What can we discern from Iowa’s $38.25 billion cost of government? The demand for government continues to grow. Numerous special interests continue to push for new or additional spending on various programs. Specifically, in recent years, Iowa has seen a push for greater spending on education, health care, mental health, water quality, economic development, and workforce development programs. Although these and other policy areas may be deserving of new or additional spending, it is just as important to be respectful of the taxpayers’ dollars being used to fund these programs.  Iowa’s state and local governments must be careful in funding the priorities of government, while protecting taxpayers.

Often special interests and their spending prevail over taxpayers. As an example, part of the 2018 tax reform law lowers Iowa’s income tax rates. Iowa utilized a revenue trigger to lower tax rates, but one mistake was tying the triggers to a specific year and requiring a high four percent growth target. Revenue triggers can be an effective policy tool in tax reform, but they should not be used to encourage spending over tax rate reductions. In other words, taxpayers should not have to take a backseat to more government spending. 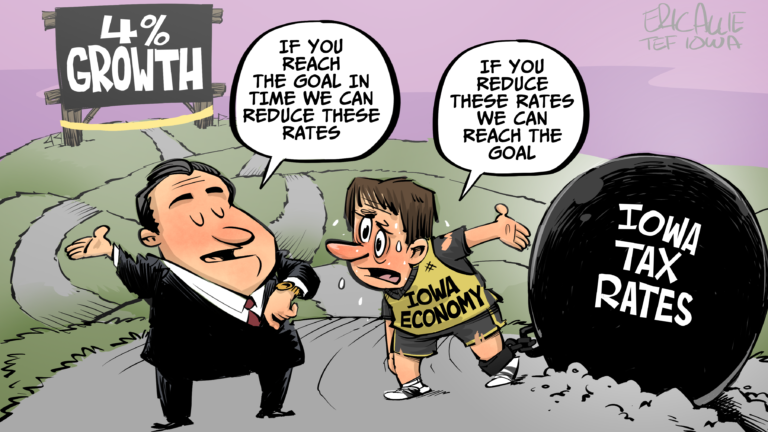 In recent years, the Iowa legislature has kept General Fund spending at reasonable levels, and this is especially true with the economic uncertainty caused by the COVID-19 pandemic. The Council of State Governments, in their recent report, COVID-19: Fiscal Impact to States and Strategies for Recovery, examined the fiscal conditions of the states and Iowa was one of the states in the best fiscal condition.

Prior to the COVID-19 triggered recession, Iowa’s economy and budget was in a strong position. Iowa had $800 million in reserves and a surplus of nearly $400 million. As a result of the economic uncertainty, the legislature passed a  $7.78 billion FY2021 “status quo” budget, which is slightly more than the $7.75 billion budget for FY 2020.

The Iowa Department of Revenue report serves as a reminder that the $38.25 billion is revenue generated from hard-working taxpayers. Both state and local governments in Iowa should not only scrutinize spending, but also work to allow taxpayers to keep more of their income. Spending, whether at the state or local level, is in direct competition with tax reduction.

As an example, one of the reasons why state income tax relief is so difficult is the fact that 78 percent of the General Fund is consumed primarily by education and Health and Human Services (Medicaid) funding. These two programs are responsible for driving up Iowa’s General Fund and are on autopilot. This not only crowds out other spending on priorities such as public safety and the courts, but it also makes tax reform difficult. Policymakers should consider a state constitutional spending limitation to control the growth of spending.

Finally, the Department of Revenue’s cost of government report demonstrates the impact the federal government has on states and localities. In FY 2018, an estimated $8 billion in federal funds flowed into Iowa. In FY 2019, Iowa’s Auditor of State reported an increase estimated at $9 billion in federal funds. State government is not the only recipient of federal support. Local governments, community colleges, and Regent Universities are all beneficiaries of federal taxpayers’ dollars. In response to the COVID-19 pandemic, the federal government awarded Iowa an estimated $4 billion in aid to provide assistance in battling both the virus and the economic downturn.

Chris Edwards, Director of Tax Policy Studies at the Cato Institute, argues that while meaningful federal aid to state and local governments can be problematic:

"Rather than being a positive feature of American federalism, the aid system produces irresponsible policymaking. It encourages excessive and misallocated spending. It reduces accountability for failures while generating costly bureaucracy and regulations. And it stifles policy diversity and undermines democratic control. Cutting federal aid would reduce federal budget deficits, but more importantly it would improve the performance of federal, state, and local governments. The idea that federal experts can efficiently solve local problems with rule‐​laden subsidy programs is misguided. Decades of experience in many policy areas show that federal aid often produces harmful results and displaces state, local, and private policy solutions."

This is one reason why federal policy has such a major impact on Iowa. In addition, are state and local governments in Iowa prepared if the federal government had to reduce spending?

Iowa taxpayers should spend time reviewing the Department of Revenue’s cost of government report. It is an important reminder of the need for both state and local governments to be respectful of taxpayers’ dollars.

Governor Kim Reynolds and the Iowa legislature have been budgeting prudently, but it is essential that policymakers continue to follow a conservative fiscal policy. A conservative fiscal policy consists of keeping tax rates low, eliminating excessive regulations, adhering to conservative revenue estimates, and controlling the growth of spending. These policies will not only ensure that Iowa’s economy grows, but the priorities of government will be funded.