Iowa has far exceeded expectations again, as the books are now officially closed on fiscal year 2022. Just over six months ago, Iowa budget experts on the Revenue Estimating Conference (REC), forecast state revenues to be 4.3% more than the previous fiscal year. However, the state ultimately brought in 11.5% ($998.2 million) more than last year, contributing to a budget surplus of $1.91 billion!

This is the second year in a row Iowa experienced a billion dollar surplus, as the state ended fiscal year 2021 with a $1.24 billion surplus. While income tax cuts have been phasing in since 2018, these figures provide even more confidence for the coming rounds of rate cuts and the exemption of retirement income scheduled for 2023. 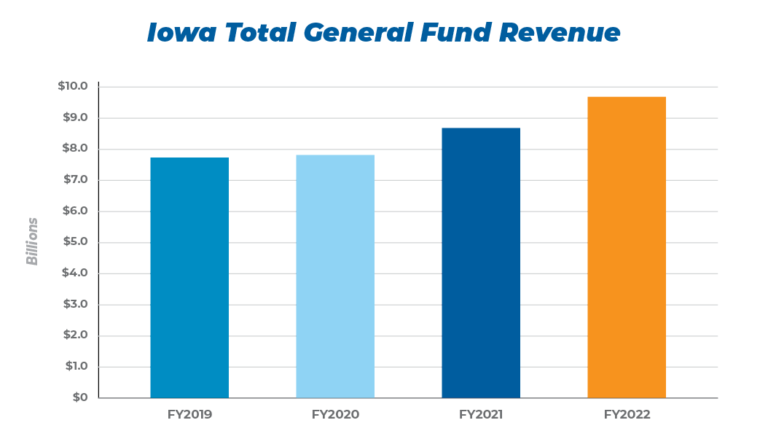 It is important to note that a significant amount of 2022’s revenue growth came from the income and sales taxes. Though personal and corporate income taxes will see a rate reduction next year, the sales tax rate will remain the same and will likely continue to post strong collections. 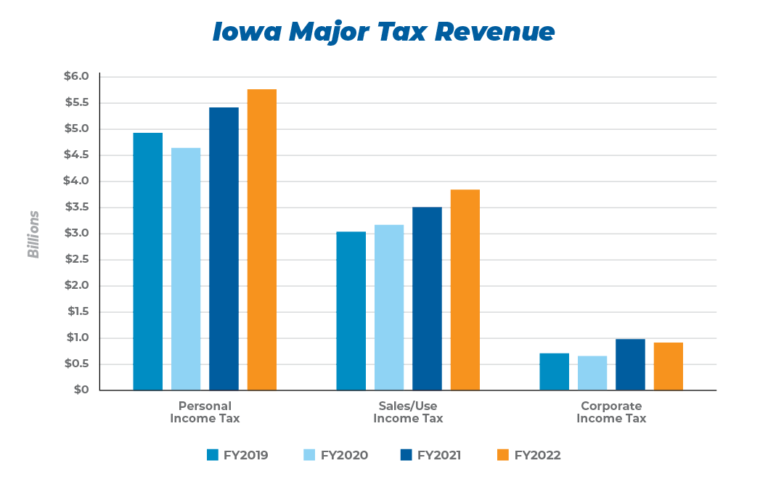 Those concerned about the tax cuts impacting available revenue for the state to fund its responsibilities should be relieved. Iowa’s LSA estimated that the tax reform law is only expected to reduce state revenues by $236 million in FY2023 and $561 million in FY2024; the growth for this past fiscal year alone nearly funds those tax cuts. Given the state’s reserve accounts are full with almost $2 billion, even in the wake of economic uncertainty, Iowa’s fiscal policies and responsible budgeting have cemented a secure financial position for many years.

For the month of September specifically, all major tax types have seen increases in their collections year over year:

Overall, net revenues for the month of September are 18.4% ($134.6 million) higher than September of last year.

It is important to note the income tax receipts for FY 2023 are predicted to be lower than last year due to multiple pieces of legislation passed during the 2022 legislative session, including the historical tax cuts enacted in March.  As illustrated in the chart below, total General Fund revenues for Iowa are closely tracking those from last year so far.  With only three months of the new fiscal year completed it is likely still too early to define revenue trends. 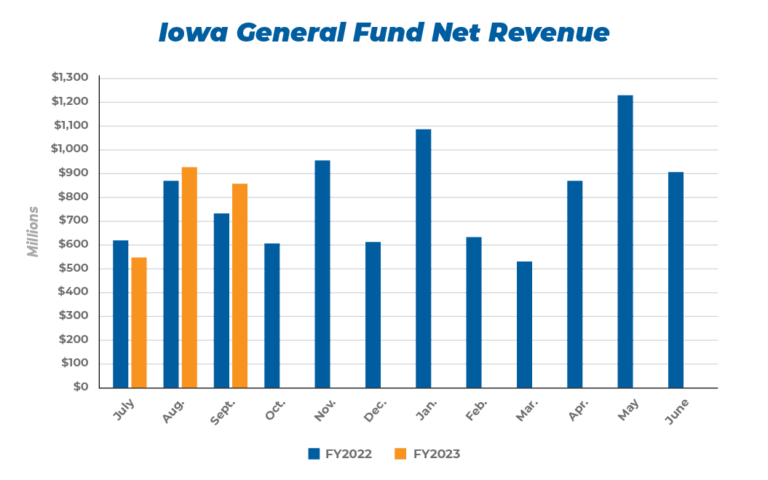