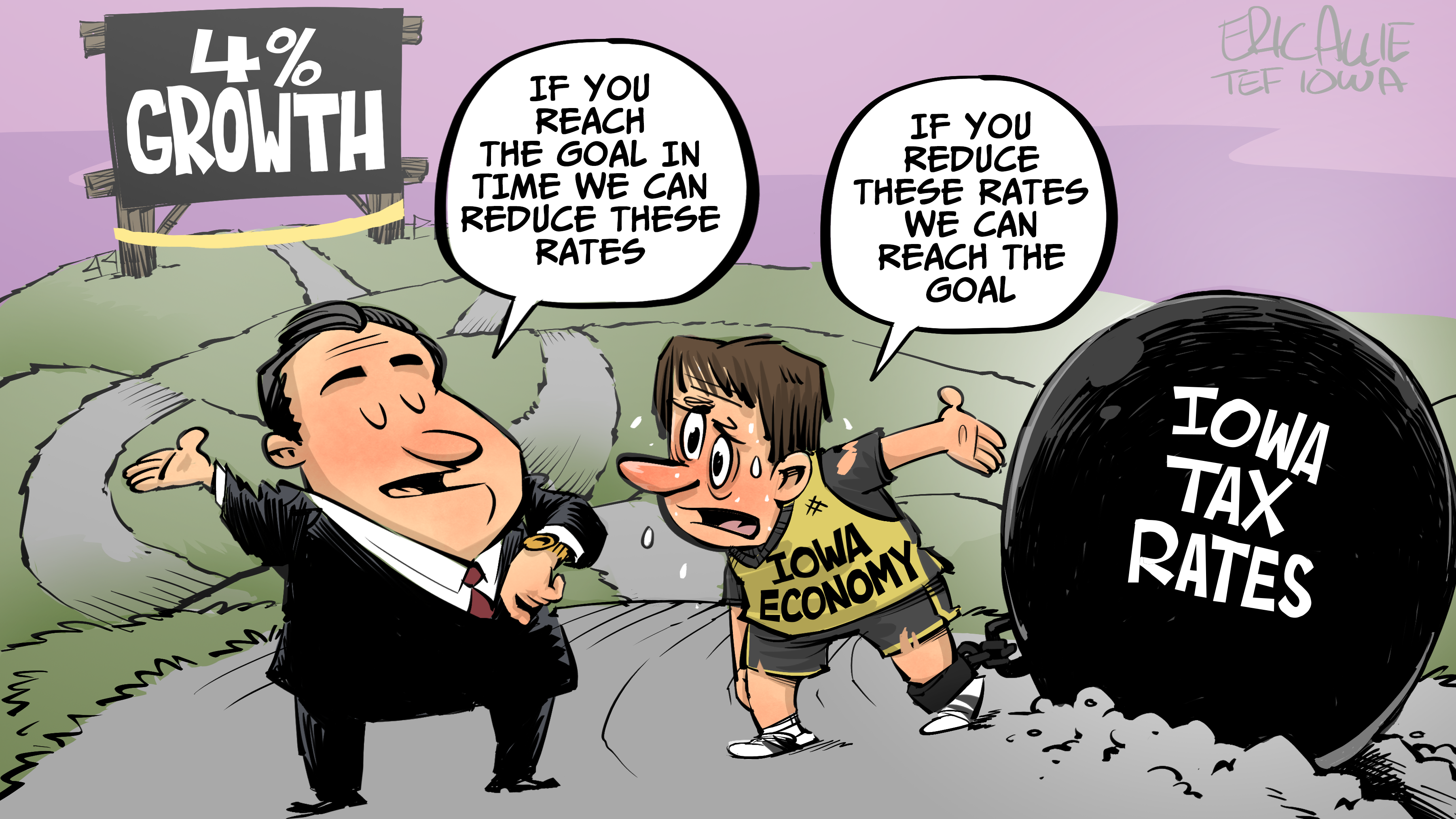 Iowa’s Income Tax Rates Are a Ball and Chain

With the federal government eliminating job-killing regulations and the implementation of The Tax Cuts and Jobs Act, it has led to national economic growth. Many states are using this as an opportunity to lower income tax rates.

In 2018, Iowa passed legislation that lowered the top individual income tax rate to 8.53 percent effective 2019.  That rate is scheduled to be cut to 6.5 percent in 2023. However, that rate cut is dependent on a two-part revenue trigger requiring General Fund revenues to equal or exceed $8.3 billion as well as revenue increasing by a minimum of 4 percent by the end of fiscal year 2022.  At this time, Iowa’s revenues are expected to meet the $8.3 billion requirement, but the second trigger of 4 percent growth is more problematic.

The use of revenue triggers in state tax policy is a good idea, but creating a high threshold can unnecessarily delay tax rate reductions. Iowa’s economy is doing well with low unemployment and a stable budget with an estimated $470 million surplus. As a result of a strong national and state economy, policymakers should not delay further income tax relief.

Governor Reynolds has also called for a 10 percent income tax cut in 2021 and lowering the top rate to 5.5 percent in 2023. In the process, the 4 percent growth requirement would be repealed. By 2023, Iowa’s personal income tax brackets would be reduced to only four tax rate brackets.

The legislature is still considering tax reform, but regardless, if nothing else is done, the 4 percent growth requirement should be repealed. Further income tax rate reductions should not be slowed or prevented by a 4 percent growth trigger, and taxpayers should not have to take a backseat to more government spending in order to meet this arbitrary requirement.

Lowering Iowa’s high-income tax rates must be a top priority because they punish growth and productivity. They also make Iowa less economically competitive with other states. It is time for policymakers to unshackle Iowans from the ball and chain of high taxation and lower Iowa’s income tax rates.