Iowa’s unemployment rate declined from 6 percent in August to 4.7 percent in September. The national unemployment rate for September is 7.9 percent. “September is the fifth consecutive month we have seen a drop in unemployment since the beginning of the pandemic and peak unemployment in April,” said Director Beth Townsend, Iowa Workforce Development. This is good news for Iowa’s economy, especially as the state is recovering from the COVID-19 pandemic and the devastating derecho storm back in August which resulted in at least $7.5 billion in damages. 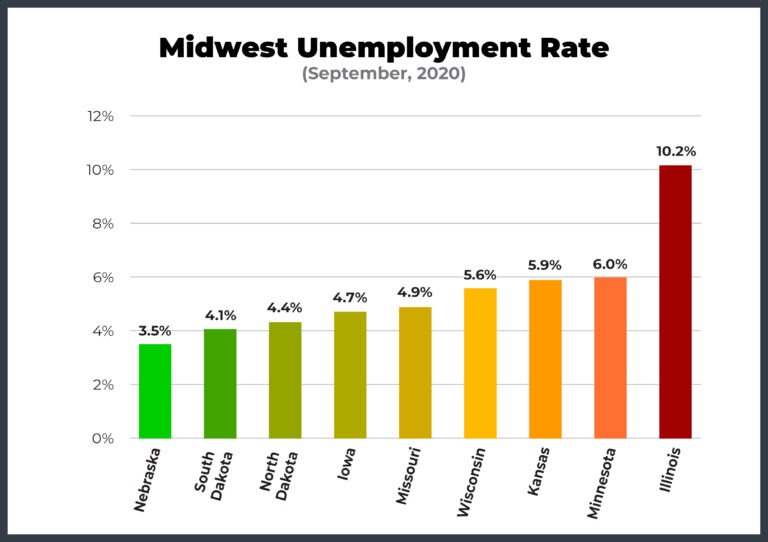 Iowa Workforce Development reports that Iowa has over 64,000 job openings. Some of the largest gains included leisure and hospitality, while manufacturing also “added jobs for the fifth consecutive month.” 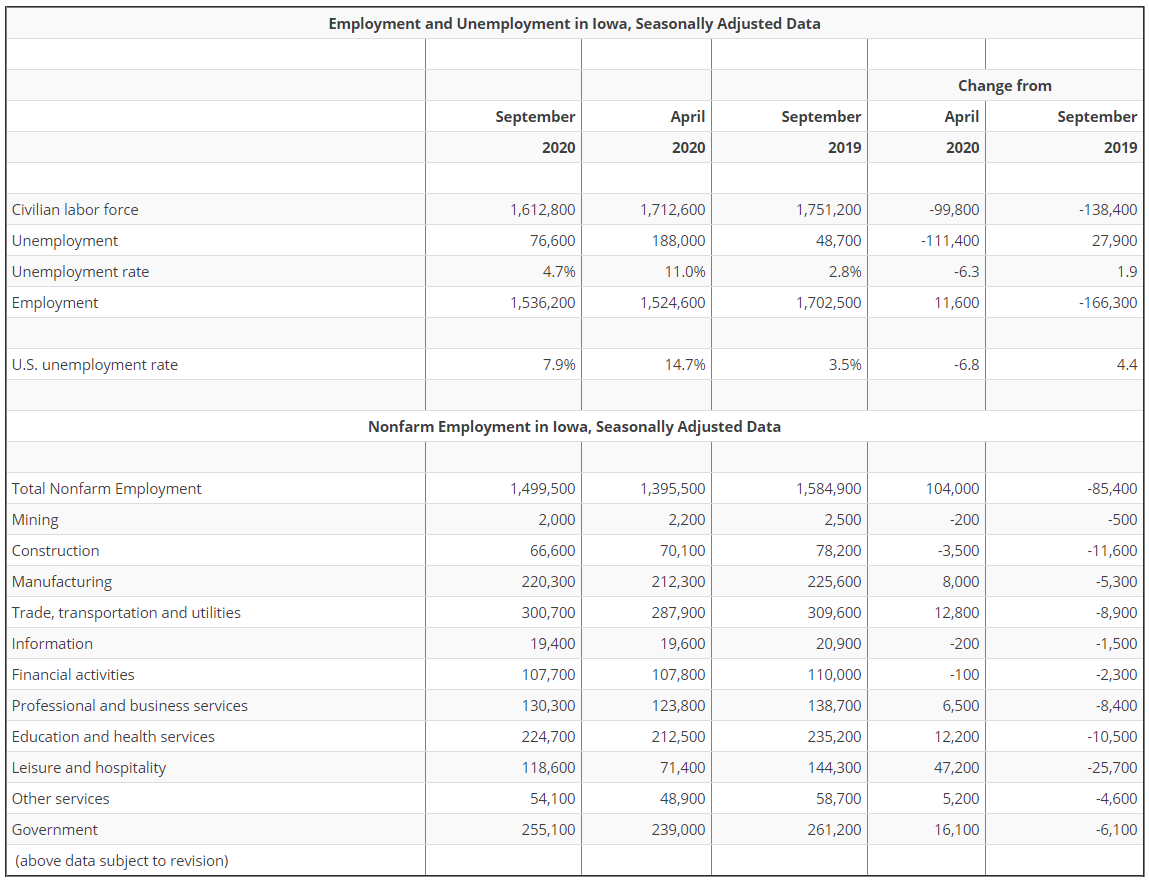 The decline in unemployment is a positive economic sign, but uncertainty remains largely driven by the COVID-19 pandemic. The Rural Mainstreet Index in October still indicated that the COVID pandemic continues to impact the economy.

The Rural Main Street Index reported on some of the main economic areas that have been impacted by the pandemic. The survey of bankers reported that “more than eight of 10, or 80.6 percent, named restaurants/bars as experiencing the greatest negative impacts from COVID-19.” In addition, “other areas identified by bankers as economically impacted were: 3 percent  identified farmers, 3.4 percent said medical care, 6.3 percent  identified retailers, and 6.7 percent  said hourly workers.”

Goss also predicts that “it will take many months of above growth neutral readings to get back to pre-COVID-19 employment levels for the region.”

Iowa’s economy is recovering, and the lower unemployment rate is further evidence that the state is moving in the right direction. Iowa’s budget is also in stable condition. It is imperative as we approach the next legislative session that lawmakers continue to follow a policy of fiscal conservatism, which adheres to conservative revenue estimates, limited spending, avoiding tax increases, and reducing tax rates when possible.