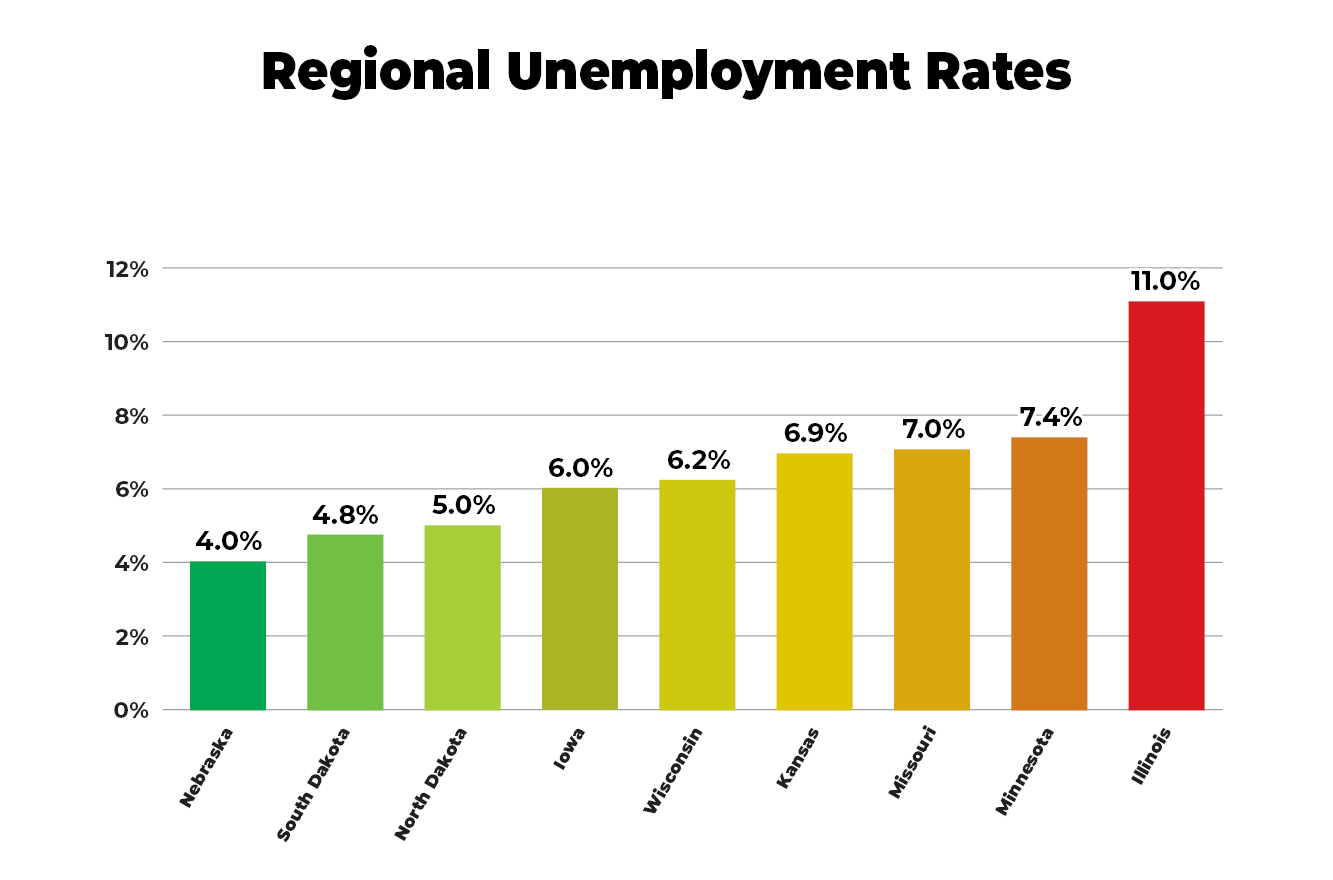 “Thankfully, Iowa’s unemployment rate has continued to decline since our peak month in April 2020, when we saw initial claims of 157,324. The sustained decline shows the resilience of Iowa’s economy as we navigate the impact of the pandemic,” said Director Beth Townsend, Iowa Workforce Development. Workforce development reports, they have over 60,000 available jobs posted on their website and Iowa businesses continue to search for skilled labor to fill positions. 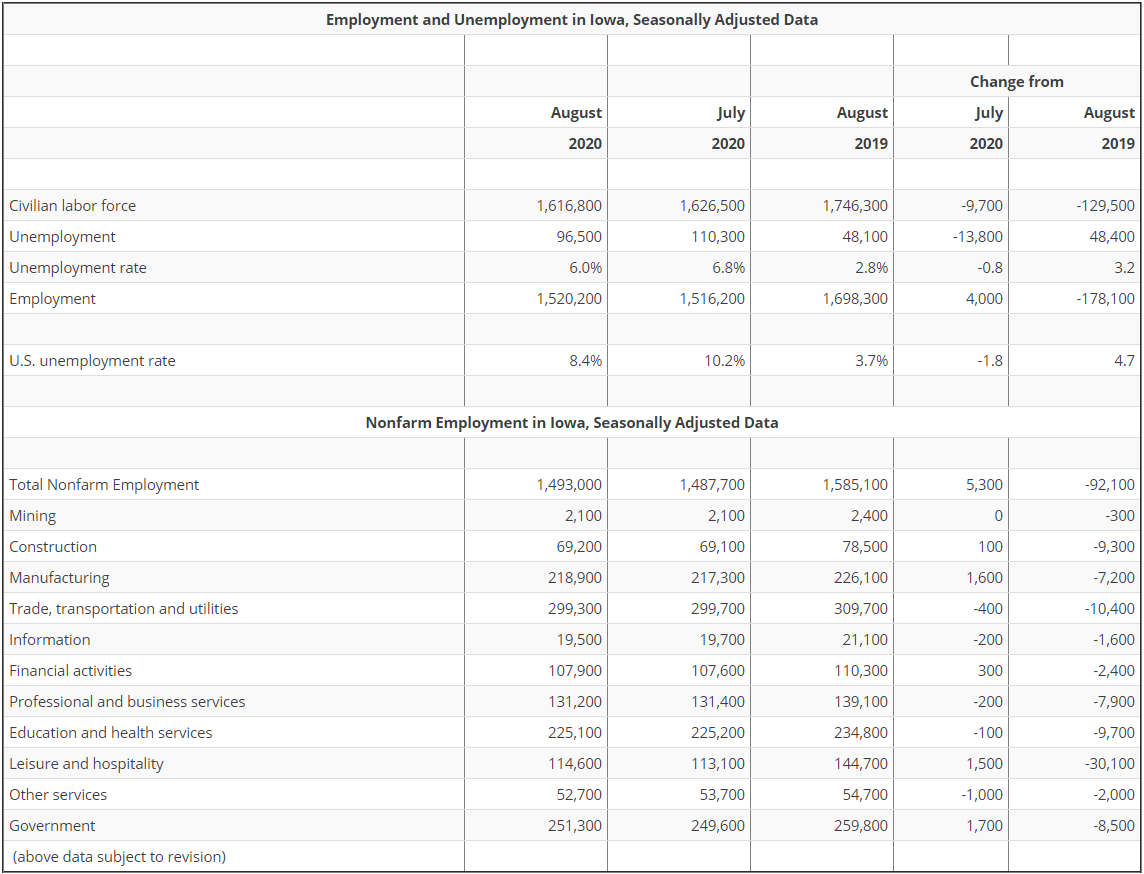 Although Iowa’s declining unemployment is a good economic sign, there remains some uncertainty. Creighton University’s Rural Main Street Index’s recent survey of “bank CEOs in rural areas of a 10-state region dependent on agriculture and/or energy, September’s reading represented the seventh straight month with a reading in a recessionary economic zone despite the increases over the past few months.”

The survey also found that the massive amounts of federal stimulus in response to the pandemic is helping the regional economy.  The September survey reported that approximately 38.7 percent of bankers indicated that government support via the CARES Act and the Paycheck Protection Program were crucial to their local economy, while only 3.8 percent reported that these two programs had little or no impact.”

Goss also stated, “higher unemployment and business closures linked to COVID-19 continue to harm the region’s retailers.” In a recent appearance on Iowa Public Television’s public affairs program, Iowa Press, Goss argues that even though Iowa’s economy is starting to recover the unemployment rate may actually be 8 or 9 percent. “I would say it’s undervalued. In other words, there are more unemployed than that one would suggest,” stated Goss.

Heading into fall, Iowa’s economy still faces the economic uncertainty caused by the COVID-19 pandemic. It is still too early to declare a full recovery, but Iowa’s economy is moving in the right direction.