Lowering Rates is a Positive Trend in State Taxation

Lowering Rates is a Positive Trend in State Taxation 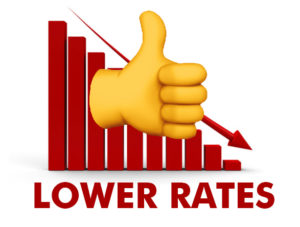 Several states are moving in the direction of lowering their tax rates to create economic growth. The trend among many states has been to lower both individual and corporate income taxes as well as business and property taxes. In 2016 several states cut taxes and many of those states were building on previous tax cuts. Jared Walczak, a senior policy analyst at the Tax Foundation, noted that since 2008 18 states have reduced individual income tax rates and 15 states have lowered their corporate tax rates. Whether it is at the national or state level policymakers need to realize that the best formula for boosting economic growth is lowering taxes and spending.

Iowa is falling behind other states who are lowering their tax rates. Iowa suffers from a high and complex tax system. Our top individual income tax rate of 8.98 percent is the second highest in the Midwest and our 12 percent corporate tax rate is the highest in the nation. Iowa is also burdened with a complex series of tax credits and incentives that need to be reviewed and reformed.

When examining the fiscal conditions of the states a clear picture is starting to develop and it also helps paint some economic truths. States that have both high tax rates and high levels of spending are suffering economically. States such as California, Illinois, and Connecticut, among others are all struggling with high taxes and uncontrollable spending. States that tend to have lower levels of spending and taxation have generated more economic growth. Economists Arthur Laffer and Stephen Moore, who are both co-authors of The Wealth of States: More Ways to Enhance Freedom, Opportunity, and Growth, note that decades of economic data show that “low tax and lighter regulation states have been growing a lot faster than those that try to tax and regulate their way to prosperity.”

Laffer and Moore argue that the “lowest tax states consistently had more economic and job growth across the board than the highest tax states.” In addition, states with higher tax rates are losing both businesses and population, while states with lower taxes are attracting businesses and people. In Wisconsin, Governor Scott Walker (R) has made it a priority to provide tax relief and the Badger State has made tremendous progress in terms of economic growth. Since 2010 Governor Walker and the legislature has provided close to $8 billion in tax relief and Wisconsin closed fiscal year 2017 with a $579 million surplus. This has allowed for not only economic growth and job creation in Wisconsin, but also the opportunity to provide additional support to core elements of state government such as education.

Michigan and Indiana have also joined Wisconsin in providing tax relief in their states. In Indiana, the legislature has lowered both the personal income and corporate income tax rates and they have lowered other business taxes. Michigan in recent years has also lowered taxes, which has resulted in economic growth and The Wall Street Journal describing this as “the Michigan comeback story.”

The gold standard example for state tax reform is North Carolina. In 2011-2012 North Carolina was confronted with a $3 billion budget shortfall and in response, the legislature initiated a responsible fiscal policy that included spending reductions and tax reform. North Carolina reduced both the individual and corporate income tax rates and initiated other tax cuts. The policy of spending and tax rate reductions provided an incentive for substantial economic growth.

Those who are critical of implementing a fiscal policy that lowers spending and tax rates often wave the Kansas flag for the supposed failure of tax cuts because of the deficits that occurred in the aftermath of their passage. The reality is that the Kansas tax cuts did not fail, but the legislature was not able to control spending. This brings an important policy lesson and why fiscal policy must be prudent.

Reducing tax rates is a sound public policy, but those rate reductions must be accompanied by lower levels of spending relative to income, otherwise, deficits will occur. Therefore North Carolina provides an important example. When policymakers decided to lower tax rates there, they also understood that spending must be addressed as well to avoid deficits. “The supply-side effects of fiscal policy are real, but they don’t negate the need for spending discipline,” noted John Hood of the John Locke Foundation.

Iowa’s current budget situation is extremely tight, especially given weakness in the agricultural economy.  But policymakers can take notice of states that are implementing fiscal policies that lower spending and taxes. Lowering tax rates does not happen overnight and it may even take several years for tax rates to be reduced significantly, but many states have begun that process. A prudent fiscal policy for Iowa starts with prioritizing spending and creating the opportunity to reduce the tax burden for all.