Making Better Use of Your Taxes

Are you frustrated with high property taxes? Too often Iowans are told by local government officials that nothing can be done to lower property taxes. Governments, at all levels, often forget that the money they spend is generated from your tax dollars. It is not the governments money, yet policymakers have no shortage of reasons why they need to spend more or why they cannot provide tax relief.

Recently, Dave Trabert, President of the Kansas Policy Institute, visited with Tax Education Foundation of Iowa on how local governments can cut taxes without cutting services. Trabert pointed out that not only does Iowa have high state and local taxes, but we also have numerous local government taxing authorities.

Without addressing spending, it will be almost impossible to provide tax relief. “States that spend less are able to tax less,” noted Trabert. Spending is at the heart of taxation whether it is the income or property tax. Trabert also said that states that tax income spend 56 percent more per resident than states without an income tax. States with an income tax also tend to have higher local taxes.

The goals of performance-based budgeting include:

Policymakers should also consider the following when implementing performance-based budgeting:

Through the Truth-in-Taxation process, local governments must justify why they want to increase taxes for additional spending. A crucial aspect is the direct notification requirement, where notices are sent to taxpayers, providing information on the proposed tax increase and how it will impact their tax bill. It also includes the date, time, location of the Truth-in-Taxation budget hearing. 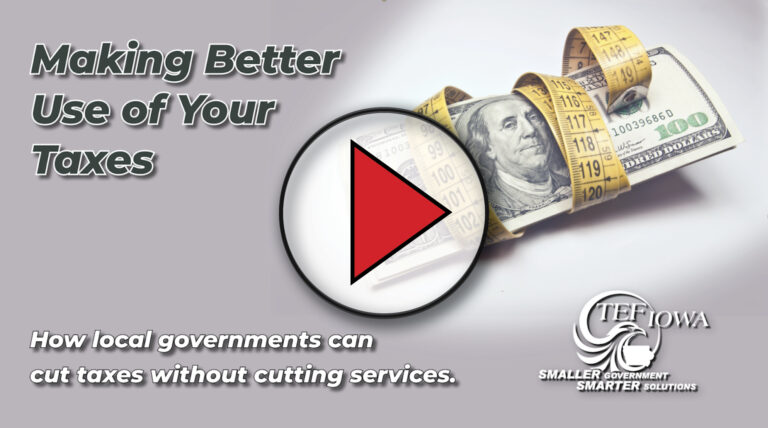 Click the image above to watch our interview with Dave Trabert at the Kansas Public Policy Institute on how to reduce government spending without sacrificing services.