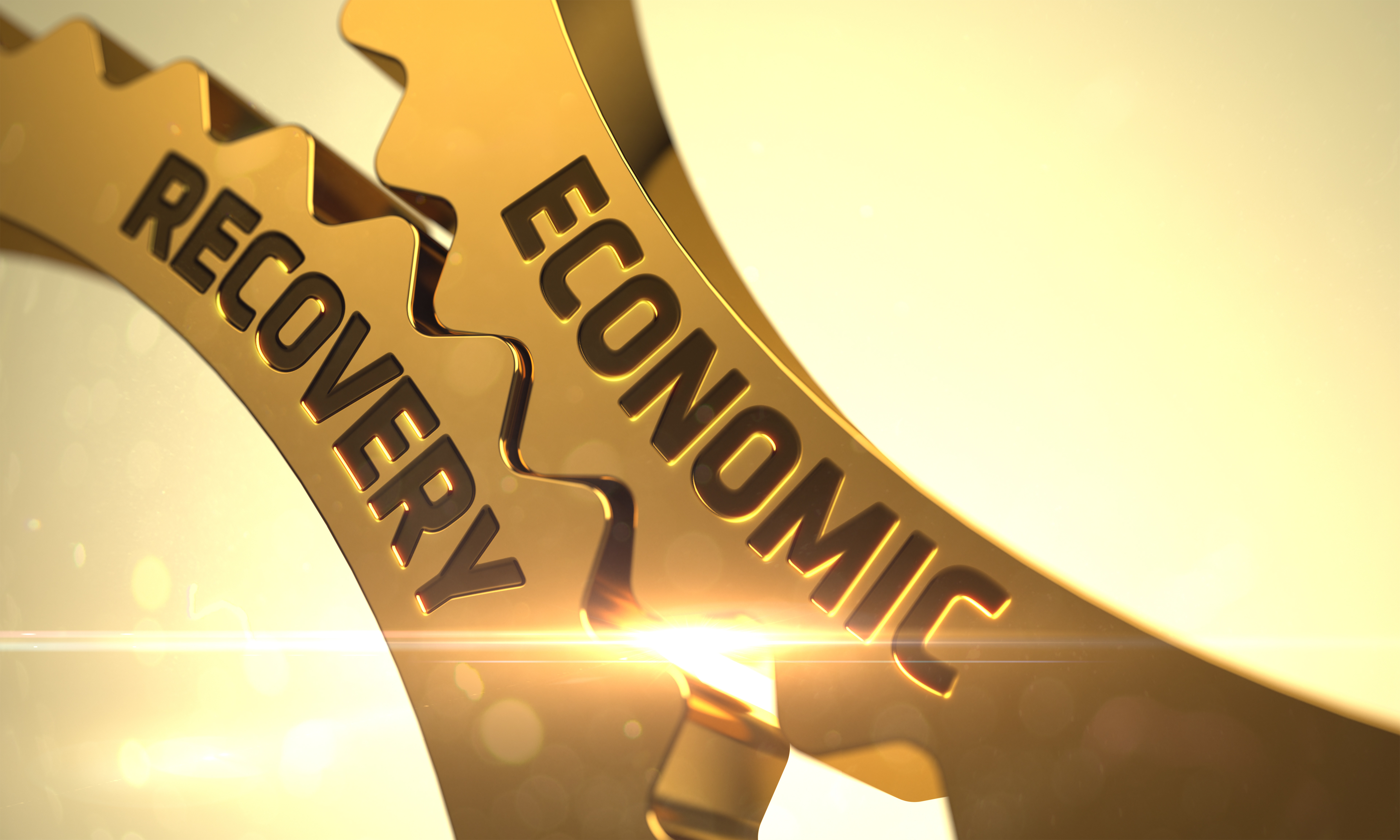 Iowa’s economy is in a recession marked by high unemployment, not seen since the Great Depression of the 1930s. Iowa’s economic crisis is a result of the coronavirus (COVID-19), which has  forced an economic shutdown of the state. Low commodity prices are also having a detrimental impact on the farming industry in our state.  Ernie Goss, PhD,  who serves as the Jack A. MacAllister Chair in Regional Economics at Creighton University's Heider College of Business, recently described the Midwest region as “solidly in recession.” Goss, who conducts the Business Conditions Index said, “a leading economic indicator for the nine-state region stretching from Minnesota to Arkansas, plummeted for the month reaching its lowest level since September 2016.”

Goss’s Rural Main Street Index, which surveys bank CEOS, reports “nine of 10 bank CEOs expect rural recession.” In March, Iowa’s unemployment rate was 3.7 percent. Today, the unemployment rate is estimated to be anywhere from 13 to 16 percent. Since the beginning of the COVID-19 shutdown in March “new unemployment claims in Iowa have totaled 299,098, representing almost 20 percent of the workforce eligible for the state's unemployment insurance program.” Currently, Iowa’s state unemployment trust fund  has $1.05 billion.

As of now the unemployment rate for the United States reached a historic high of 14.7 percent, which has not been seen since the Great Depression. Currently 36.5 million Americans have filed for unemployment insurance. Kevin Hassett, Chair of President Donald Trump’s Council of Economic Advisers, predicts the unemployment rate could reach as high as 20 percent. Economists from Arizona State University are predicting a recession which could last for three or nine months depending on consumer confidence and the impact of federal stimulus spending.

It is estimated that from March 21 through April 11, 2020, Iowa’s economy lost $1.6 billion as a result of the COVID-19 virus. During the same time period, state and local governments had lost approximately $112 million in tax revenues. The actual total loss in state and local tax revenues is still unknown, but recent revenue projections demonstrate some decline. This also includes delays in tax payments as a result of COVID-19.

Fortunately, prior to the COVID-19 recession, Iowa’s economy and budget was in a strong position. Iowa had $800 million in budget reserves and a surplus of $200 million. Prudent budgeting by the Iowa legislature and Governor Kim Reynolds will help cushion the economic impact of the virus.

Iowa is also the recipient of federal stimulus funds which are just starting to have an impact on the economy. Under the $2 trillion federal CARES Act, Iowa will receive $1.25 billion in aid. Federal stimulus dollars that are targeted toward individuals, businesses, and even schools. As an example, Iowa’s K-12 schools will receive $71.6 million in aid. The federal stimulus and relief measures will help lessen the economic damage of COVID-19. $563 million of Iowa’s CARES Act funds are directed toward local governments, but the legislation states the money can only be used for localities with 500,000 people or more. Iowa does not have any communities who meet this population requirement, which means the funds will revert back to the state. At this time Iowa has received an estimated $2.5 billion for all of the combined federal stimulus and relief assistance passed by Congress as a result of COVID-19. It is still too early to determine the full impact of the $2.5 billion in federal stimulus and relief on Iowa’s economy.

On June 3, 2020, the Iowa legislature is expected to reconvene. The main priority for legislators is to craft a $8 billion budget. This will not be an easy task with the uncertainty over state revenue loss. It has been estimated states could suffer anywhere from 5 percent to 15 percent in lost revenue. Governor Reynolds is already at work on a new budget proposal and the Governor along with legislative leaders have called for a special Revenue Estimating Conference (REC) meeting to provide a new estimate on Iowa’s revenues.

The other great uncertainty Iowa is confronted with is how long will it take for an economic recovery. Small businesses have been hit especially hard due to the economic shutdown. How many small businesses will survive? Questions also remain on how many workers will be called back to work? Will the fear factor of a COVID-19 flareup prevent Iowans from fully reintegrating back into the economy?

Countless other questions can be asked, but what can state policymakers do to ensure an economic recovery?

Priority-Based Budgeting: Iowa’s budget is expected to be around $8.3 billion. By law, the legislature can only spend 99 percent of the projected revenue. It would be prudent for policymakers to keep spending as low as possible. With revenue uncertainty, policymakers should only fund the priorities of state government, which means new spending should be avoided. This could potentially include a state hiring freeze except for essential employees. Keeping spending levels low will help avoid future budget cuts or painful austerity measures.

Priority-Based budgeting will help policymakers control the growth of spending. In forming the budget, policymakers must ask the following questions:

Policymakers will be confronted with the temptation, encouraged by numerous special interest groups, that all spending is essential, but during times of economic uncertainty or recession it is best to keep overall spending levels low. Priority-based budgeting is also proven to work. Washington state, which is no bastion of conservatism, resolved a $2.4 billion budget deficit in a bipartisan fashion by following the principles of priority-based budgeting.

Conservative Revenue Estimates: Policymakers will have the difficult task of not only crafting a state budget, but also trying to predict revenues. Predicting revenues is not an easy task, but revenue projections, whether in good or bad economic times, should always be based on conservative estimates. The REC will be meeting soon to provide policymakers with clarity on state revenues, and it would be wise to approach any revenue estimate with caution. This means instead of spending 99 percent or even 98 percent of the estimated revenue, policymakers should budget less to avoid possible future budget cuts.

Avoid Tax Increases: Perhaps the most harmful fiscal policy tool to use in an economic downturn is to raise taxes. Prior to the COVID-19 emergency, the legislature was considering tax reform, but now tax rate reduction may be on hold. However, Iowa’s income tax is scheduled to be lowered in 2023 depending on whether certain revenue targets are met. Policymakers should work to control spending to ensure these tax cuts are enacted. Furthermore, local governments may be tempted to raise property taxes in the event of a downturn. Property taxes are already high in Iowa and any tax increase should be avoided. Increasing taxes at the state and local level will only harm the economy.

Provide Regulatory Relief: The COVID-19 emergency has resulted in the suspension of some Iowa regulations. In the aftermath of the emergency, policymakers should review every regulation that was suspended and evaluate whether a regulation was truly needed. This emergency has demonstrated across the nation, whether at the state or federal level, regulations need to be reviewed. This emergency also demonstrates Iowa’s need to reform occupational licensing laws, especially by granting universal reciprocity.

Use Federal Aid Responsibly: Iowa received $1.25 billion under the CARES Act. Although there is still need for clarification on how Iowa can utilize this money. If policymakers have flexibility, it should be used to support the state budget from revenue loss, help rebuild budget reserves, and provide support to local governments. Policymakers at both the state and local level should realize federal aid may be “one time” funding and should not expect future funds.

These are just some proven state-based policy solutions which will help Iowa’s economy recover. The private sector will lead the recovery and, it is important to remember, any government cannot tax and spend its way into prosperity. New York, California, and Illinois are leading the call for further federal stimulus spending to “bailout” their state budget problems. Prior to the COVID-19 pandemic these progressive “Blue States” followed high tax and spending policies, while promising unaffordable pensions, all of which created tremendous economic and fiscal problems. Progressive “Blue States” offer a lesson that high tax rates and out-of-control spending is detrimental for an economy.

At this time the best policy prescription for Iowa should be based on practicing fiscal prudence by adhering to conservative budgets, avoiding tax increases, while ensuring regulations do not create an albatross on workers or businesses. All of these will help promote economic growth.