“Regulations influence behavior. When we want less of something, we regulate it. For the sake of our families, young people, and low-income workers, we must not regulate jobs out of existence,” stated Rea Hederman, Executive Director of the Economic Research Center and Vice President of Policy at Ohio’s Buckeye Institute for Public Policy. Reducing the regulatory burden on an economy will also spur economic growth, as President Trump demonstrated when his administration combined tax cuts with eliminating unnecessary regulation. That type of free market reform would be particularly powerful in Iowa, since we are home to some of the highest levels of state regulation in the Midwest and across the country. 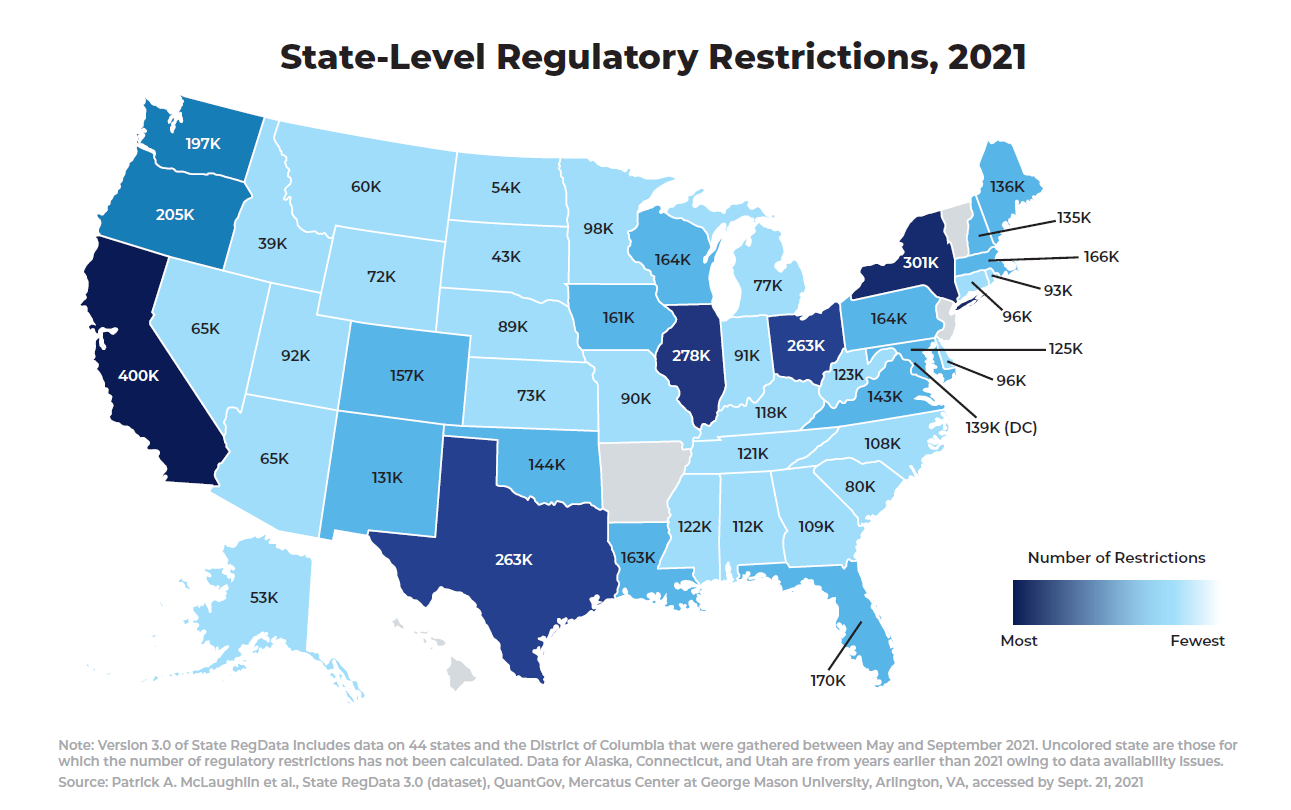 James Broughel, a Senior Fellow at the Mercatus Center at George Mason University, argues that regulatory red tape is a “drag on economic growth.” Regulations are not just rules printed in state code. They impact the cost of doing business, raising prices for consumers, and ultimately lowering the standard of living for Iowans. Broughel recommends strengthening Iowa’s regulation review process, “Rules in Iowa are supposed to be reviewed every five years, but that process lacks teeth. Agencies just have to issue a report summarizing the results of their reviews—there’s no requirement for rules to go away if they’ve outlived their usefulness.”

Regulatory reforms in North Carolina and Idaho can serve as examples for Iowa’s regulatory reform. “North Carolina has a 10-year review process, but the state also sets a schedule of expiration dates for rules so that they cease to exist unless reauthorized. In Idaho, rules must be repealed on a five-year staggered basis. If the regulating agency wants to keep its rule, it must refile a new one,” stated Broughel.

Iowa could also duplicate a regulatory reform measure President Trump instituted. Under the former President, agencies had to eliminate two regulations for every new one enacted. Oklahoma and Ohio are two states that are now following this approach.

Reviewing and eliminating excessive and unnecessary regulations will help Iowa businesses, and create a more supportive climate for economic growth.