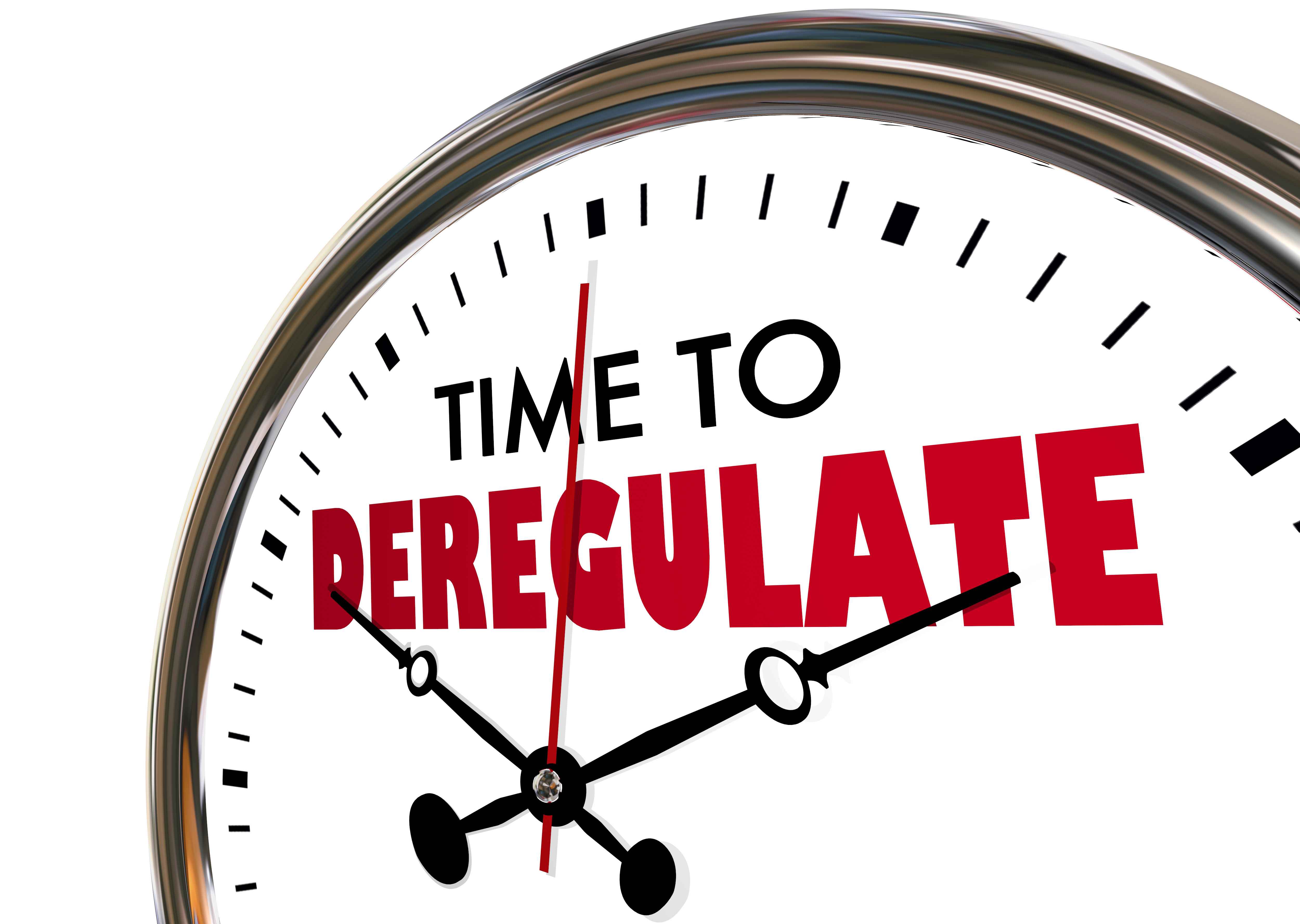 In this brief, we propose a way to help small businesses by reducing their regulatory burden. This proposed program is relatively costless to the government and society, and it is not dependent on the duration of the pandemic. We propose that policymakers use a commission of experts to quickly identify and exempt small businesses from broad groups of regulations that are mostly intended for large businesses. This program could be implemented at the federal and state levels, and these exemptions could either be permanent or remain in place only until the economy recovers. These actions would reduce costs and remove barriers for small businesses, which would provide some relief as the crisis persists. But more importantly, they would spur small business activity as well as overall economic growth.

Economic downturns harm businesses of all types but are particularly damaging for small businesses. The Great Recession underscores this unbalanced effect. Though small businesses employed less than half of US workers leading up to the recession (45 percent), they accounted for the majority of job losses (62 percent). In just one year, the total number of small businesses in the US declined by 160,000. Though many factors contributed to these effects, poor sales and economic uncertainty were the main drivers.

Early indicators of small business performance in the current COVID-19 crisis do not bode well. Sales have already dropped dramatically, and the uncertainty shock driven by the pandemic is similar in magnitude to the uncertainty shock during the Great Depression of 1929–1933. Mandatory shutdowns of nonessential businesses and recommendations of social distancing are taking a huge toll on US small businesses. Many are having to cut back their operations, and more than half have had to shut their doors completely. Two-thirds of hourly small business employees are not working, and that fraction is not even counting the more than 22 million people who filed for unemployment in just a four-week period, which is driving sales down even further. Most small businesses do not have the resources to survive this climate for very long.

Governments around the world are taking measures to limit the economic damage caused by social distancing and business shutdowns. The US Congress passed the CARES Act, a $2 trillion stimulus package that set aside $349 billion for loans to small businesses. Owing to the number of applicants, Congress has already had to nearly double that amount to $670 billion. Yet even that may not be enough. Some experts are predicting the pandemic may last into 2021. And regardless of when it ends, the United States likely to be in a recession.  Estimates of the decline in GDP from 2019 to 2020 range from 10 percent to as much as 60 percent. Some economists believe the economic fallout will be worse than that of the Great Recession. Once the pandemic ends, many small businesses will have permanently shut their doors, and poor market conditions will make it difficult for new small businesses to take their place. This environment could make for an economic recovery at least as sluggish as that of the Great Recession.

These impacts on small businesses have broad economic effects for at least two reasons. One, small businesses are an important avenue for economic mobility; they allow enterprising individuals to become economically independent. Two, small businesses employ nearly half of the US labor force and are a major source of US job creation and productivity growth.  They reinforce the direction of growth or contraction of the entire economy. How small businesses recover from this pandemic will likely determine the pace of the national economic recovery.

Regulations are one of the greatest barriers to success facing small businesses. A 2016 survey found that “unreasonable government regulations” was the second most severe problem facing small businesses among the 75 problems listed. This is not all that surprising. Compliance costs such as paperwork burdens, costs of process changes, purchases of new equipment, and legal services are often disproportionately high for small businesses because large businesses have more resources available to direct toward compliance purposes, and they also have larger sales volume (regulatory costs tend to fall per unit of output as output increases).

Large businesses, on the other hand, often have lawyers on payroll who can advise management on the regulations relevant to their businesses and what they need to do to be compliant. We found evidence of this disproportionate effect of regulations in a 2018 paper. Our results suggest that regulatory growth decreases the number of small businesses; what’s more, this effect compounds more than proportionally in every consecutive year that regulations are added to the books. Other research has shown that regulatory growth also creates barriers to entry that hurt small businesses more than larger ones.

One way to improve the environment for small businesses during and after the COVID-19 pandemic is to create regulatory exemptions for small businesses. These exemptions could either be permanent or remain in place only until the economy has recovered, and they could be implemented at the federal and state levels.

This approach would be relatively costless to the government and taxpayers because it does not require any substantial increases in government spending or decreases in government revenue. Compared with the $670 billion in small business loans from the CARES Act stimulus, implementing regulatory exemptions places a negligible burden on federal or state governments (and taxpayers). This plan is also a one-time fix that will help some small businesses endure regardless of how long the pandemic lasts, and it will serve as a catalyst for small business growth and new business creation whenever the recovery begins.

The most effective way to implement regulatory exemptions is to exempt small businesses from large, well-defined groups of regulations, particularly those for which small businesses are not a significant source of the problems that the regulations aim to solve. Since small businesses were not creating the problems to begin with, exempting small businesses will not impose any substantial costs on society. One example of a group of regulations that would fit this description is all regulations created under Dodd-Frank. When legislators drafted the Dodd-Frank bill, they wanted to constrain the large institutions that were engaged in widespread subprime lending and securitization. However, the regulations created under Dodd-Frank apply to all financial institutions and are extremely costly to small banks. Exempting smaller banks would maintain the restrictions on larger institutions without doing unnecessary harm to the smaller ones.

Targeting well-defined groups of regulations—as opposed to individual regulations—has two additional benefits. The first is that it allows policymakers to make sweeping changes in a relatively short period of time. This is especially important given the immediate need to mitigate hardship for small businesses and to create a conducive environment for small businesses when social distancing and other mitigation measures are relaxed. The second benefit is that it makes identifying relevant exemptions much easier for small business owners. Rather than searching through the regulatory code for individual exemptions, they can see a list of large regulatory areas where they know they are exempt.

The first step toward exemptions is to establish an independent, bipartisan commission of experts to determine which well-defined groups of regulations should include small business exemptions.  One of the most important characteristics of the commission is that it be created in a bipartisan manner. This will provide assurances against special-interest influence, bias, unnecessary political disagreement, and general opposition. Without these assurances, the inevitable political and public opposition will likely grind the process to a halt; even if the process advances, it will likely be fraught with problems that may lead to more harm than good.

A model that has proven effective is the one used by the Base Realignment and Closure (BRAC) Commission of the 1980s. A state or federal legislature, a governor, or the president could choose an individual who will appoint members to the commission, subject to confirmation by another body. Given the political nature of regulatory reforms, the bodies responsible for appointment and confirmation should each represent different political parties. For example, if a legislature creates the commission, then the senate minority leader could appoint members to the commission, subject to senate confirmation.

Ensuring a bipartisan process when the president or a governor creates the commission by executive order may prove more challenging but is still feasible with the right safeguards. For example, a senate minority or majority leader could still be responsible for appointing members to the commission as long as he or she represents the opposite party of the president or governor and is willing to participate. Another alternative would be for the president or governor to choose a former member of the executive branch that was appointed under an administration of the other party.

The commission—potentially with teams of experts—would then identify and analyze large, well-defined groups of regulations. A group should consist of regulations that are intended to solve problems of a similar nature (various groupings can be considered). Based on these analyses, the commission would assemble a list of recommendations, consisting of all groups that should include small business exemptions.

The final process of making the recommendations into law requires some additional safeguards from the undue influence of special interests. These safeguards are particularly important since the exemptions will favor small businesses (i.e., eliminate some advantages of large businesses). Large businesses tend to exert greater influence because they are more concentrated, better organized, and have more resources to lobby. If a legislature creates the commission, the legislation should stipulate that the commission’s recommendations can only be stopped by a joint resolution of disapproval, which must apply to the entire package of recommendations. This stipulation would force the legislature to vote on all exemptions at once, making it impossible for special interests to influence individual exemptions or groups of exemptions. This process would also allow members of the legislature to save face with any special interests that oppose the exemptions by proposing and arguing for a joint resolution of disapproval. This approach would allow a legislature to decide that something needs to be done without having to make specific decisions that may upset the legislators’ supporters. The president or a governor could use a similar approach, stipulating in the executive order that he or she must accept or reject all of the commission’s recommendations as a single package.

Small businesses are in a vulnerable position. Loans may help many of them in the short run. But when the crisis is over, many businesses will have already permanently shut their doors. The BRAC Commission model presents a feasible way to help small businesses by exempting them from regulations designed for large businesses. By using this approach, policymakers can provide relief that will help many small businesses survive the crisis. More importantly, though, these exemptions will pave the way for new and existing small businesses to lead the economic recovery.

Patrick A. McLaughlin is the director of Policy Analytics and a senior research fellow at the Mercatus Center at George Mason University. His research focuses primarily on regulations and the regulatory process. McLaughlin created and leads the RegData and QuantGov projects, deploying machine learning and other tools of data science to quantify governance indicators found in federal and state regulations and other policy documents. The resulting database is freely available at QuantGov.org and has facilitated pioneering empirical research by numerous third-party users on the causes and effects of regulation.

This essay has been reprinted with permission from the Mercatus Center at George Mason University.