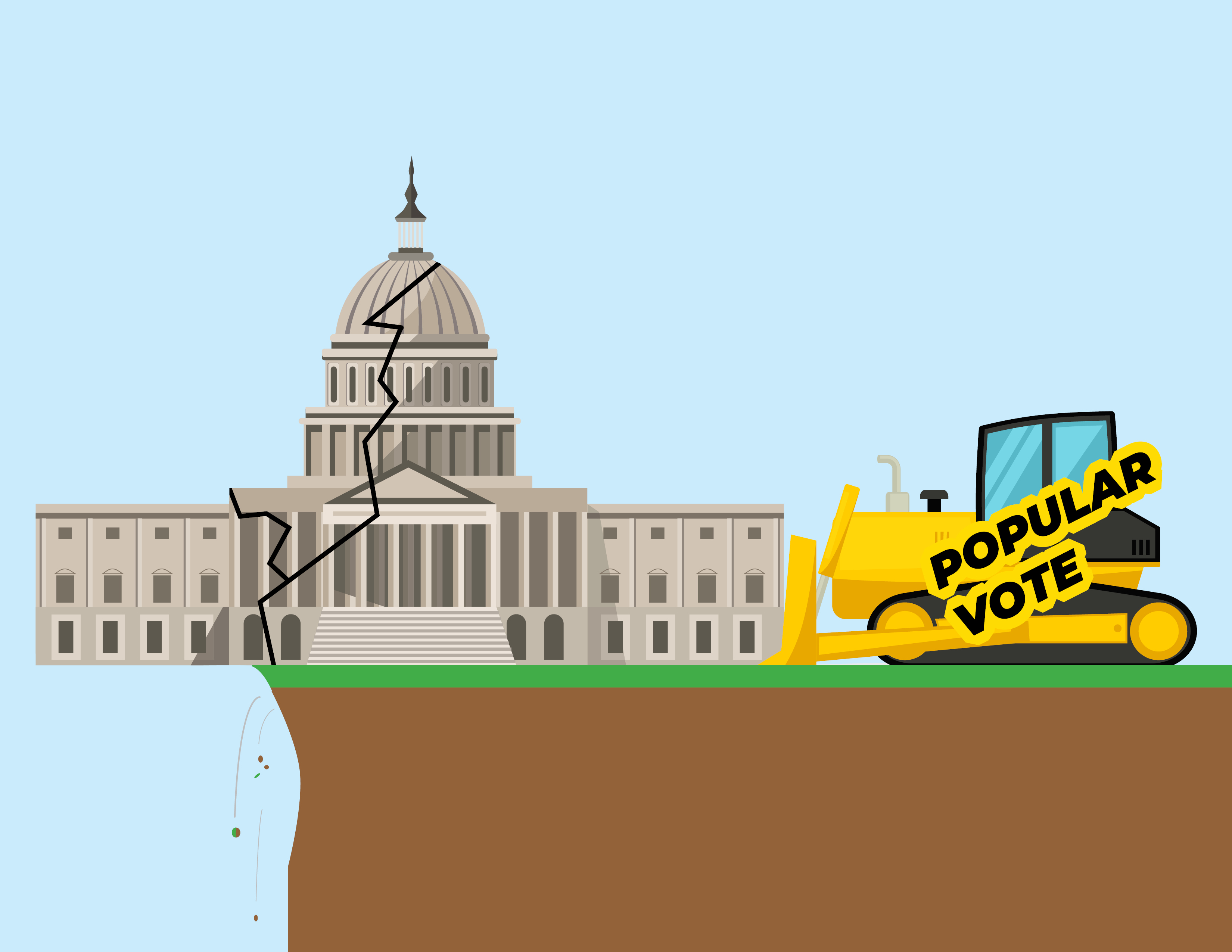 Senator, and Democrat presidential candidate, Elizabeth Warren declared recently that her goal if elected is “to be the last American president elected by the Electoral College” and her “second term to be elected by direct vote.” The debate is not new to American politics—whether the Electoral College should be replaced by a direct national popular vote for president—but the question goes deeper. It goes directly into the heart of our constitutional Republic. The Electoral College is fundamental to our constitutional system of limited government, federalism, equal representation, checks and balances, and separation of powers.

When the Founding Fathers met in Philadelphia in 1787, they designed a Constitution with a republican form of government that that limited the powers of the federal government. The Founding Fathers were students of history and political philosophy and understood the dangers of direct democracy. Therefore, in deciding how to elect the executive, the Framers developed one of their most inventive and clever designs — the Electoral College. Rejecting a direct popular election, they looked for a way to protect the states and provide every citizen with a voice. The Electoral College must be preserved, because it not only reflects the traditions of American constitutionalism but provides the best avenue to elect the President and Vice President.

The simple argument for keeping the Electoral College is the fact that it works. More importantly we are a nation of “United States.” It is important to remember that the individual states created the Constitution and not the other way around. In addition, through federalism, the Constitution gives states sovereign power and the powers of the national government are limited. In Federalist Paper 45 James Madison wrote: “The powers delegated by the proposed Constitution to the federal government are few and defined. Those which are to remain in the State governments are numerous and indefinite.” The Electoral College is an essential part of federalism.

Historian Allen Guelzo, Director of the James Madison Program Initiative in Politics and Statesmanship at Princeton, recognizes the obvious: the Electoral College was developed by the Founders not to benefit slaveholders, or to give unfettered power to the wealthy and politically connected; it was developed for one simple reason: to preserve and protect the constitutional foundation of our republican democracy. The Founders recognized, perhaps more than political experts today, that left unchecked, a national popular vote would undermine the constitutional checks and balances, and disrupt, if not collapse, the federal form of government that is still the most effective governance system in the world today. It is important to keep in mind that even though the presidential campaign is national, the actual vote is taking place within the individual states.

A major compromise in framing the Constitution was balancing the interests of large and small states. The Congress reflects that compromise with the House of Representatives based on population, while each state has two Senators. Larger states have greater representation in the House, while every state has equal representation in the Senate. As columnist George F. Will argues: “Do critics want to abolish the Senate as well? Delaware, the least populous state in 1789, was understandably the first to ratify the Constitution with its equal representation of states in the Senate: Virginia, the most populous, had eleven times more voters. Today Wyoming’s senators’ votes can cancel those of California’s senators, who represent sixty-nine times more people. If that offends you, so does America’s constitutional federalism. The electoral-vote system, like the Constitution it serves, was not devised by, and should not be revised by simpleminded majoritarians.”

The term democracy is overused and misunderstood; the United States is a constitutional republic, not a direct democracy. Federalism is already in danger with the national government involved in numerous policy areas that are to be left to the states. Unfortunately, states have become overly dependent on the national government to support their budgets. Abolishing the Electoral College will not only result in harming citizens in small states, but it will contribute to the dismantling of federalism. “Federalism is in the bones of our nation and abolishing the Electoral College would point toward doing away with the entire federal system,” says Professor Guelzo.