The Importance of Iowa’s Tax Climate 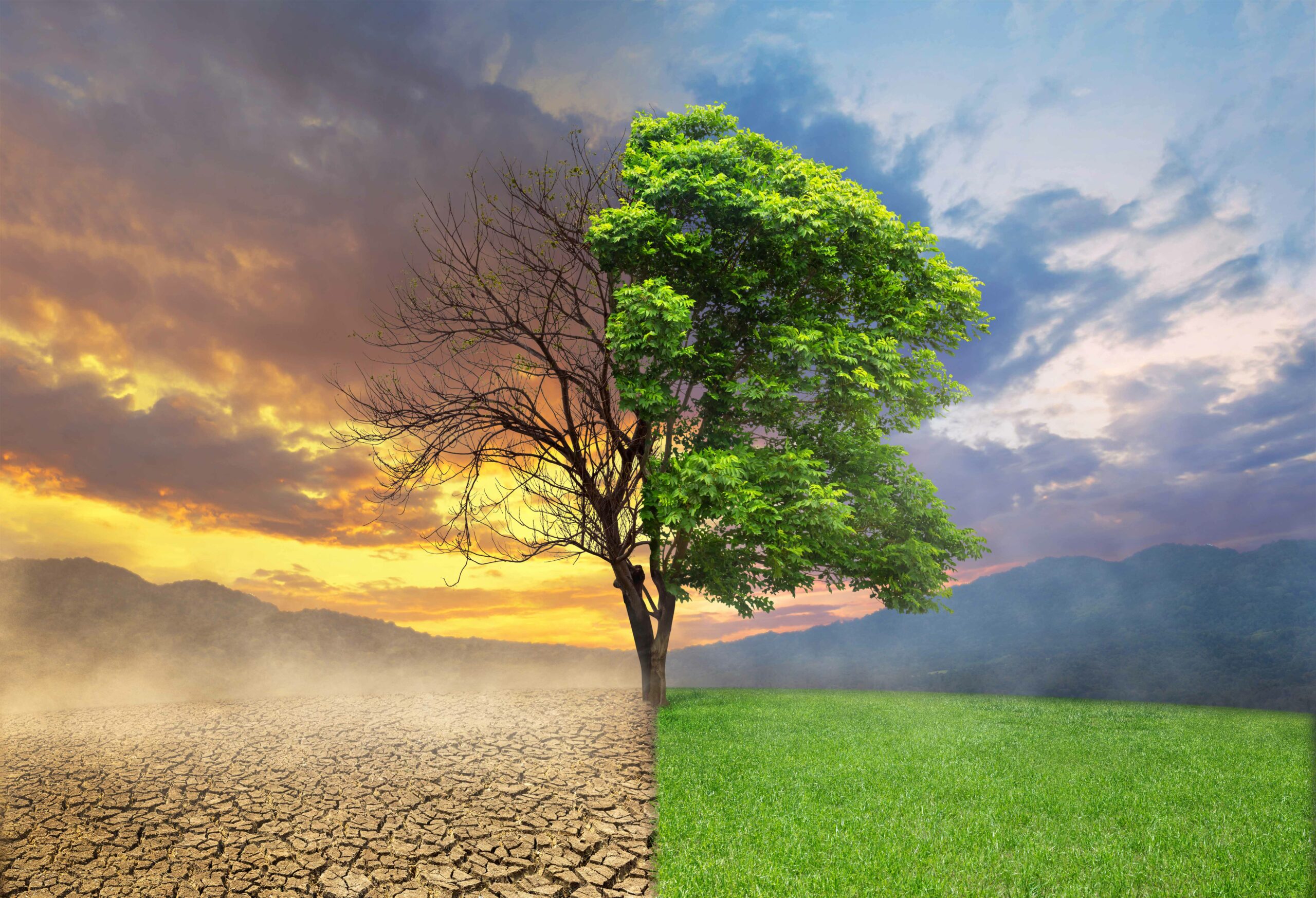 The Importance of Iowa’s Tax Climate

Tax rates matter. They determine how much income an individual or business must pay to the government. For every dollar taken away by taxes, it is one less dollar an individual, family, or business has to save, spend, or invest. Tax rates also play a big role in how competitive a state economy is in relation to other states. Higher tax rates not only penalize hard working individuals, families, and businesses, but they also deter economic growth and make a state less competitive.

The Tax Foundation’s 2021 Business Tax Climate Index provides a measure of how state tax climates compare. Iowa ranks 40 out of 50, which is a slight improvement from last year when the state ranked 45th for worst business tax climate. Regionally, Iowa’s tax climate is worse than all neighboring states with the exception of Minnesota. South Dakota, a no income tax state, received the second highest ranking in the country. 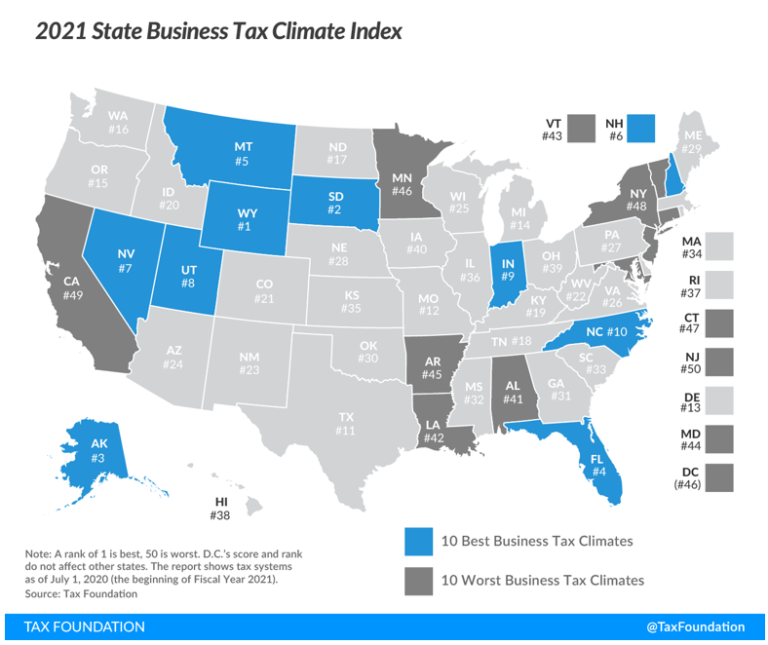 Iowa ranks high on every tax category except for the sales tax. 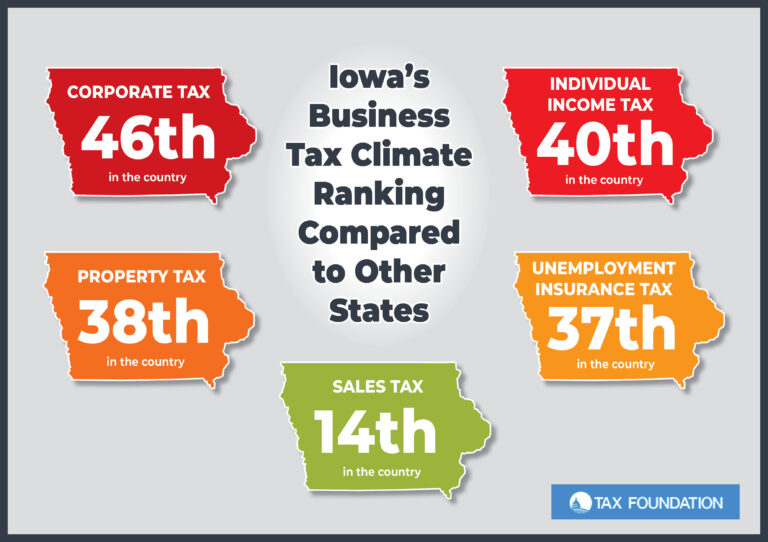 High tax rates remain a concern for both individuals and businesses in Iowa. However, Governor Kim Reynolds and Republicans in the legislature have made progress on recent tax reform. In 2018, the legislature passed a tax reform law that lowered both individual and corporate income tax rates and broadened the sales tax base. The 2018 tax reform law took a phased-in approach and it will take several years to fully implement.

In terms of property tax relief, the legislature passed a law in 2019 that created more transparency and accountability within the local government budget process. This law requires local governments such as counties and cities (school districts were not included) to hold a public hearing if the proposed budget increases more than two percent above the previous year. It also requires a supermajority vote for the increase to be enacted. This two percent “soft cap” is meant to control the growth of property taxes.

Prior to the COVID-19 pandemic, Governor Kim Reynolds proposed the Invest in Iowa Act, which called for further tax reform. A main focus of the Invest in Iowa Act called for a 10 percent income tax reduction in 2021 with the goal of lowering the top rate to 5.5 percent by 2023. The income tax reductions would be financed in part with a one cent increase in the sales tax.

However, due to the COVID-19 pandemic, the Invest in Iowa Act was tabled. Recently Governor Reynolds stated that she may push for this proposal during the 2021 legislative session. The Governor understands that Iowa needs to become more economically competitive.

“I think we have an opportunity to just say to people on the East and West coasts, and honestly in Minnesota and Missouri, ““Hey, things are going well here, there’s a lot of opportunity, we have a great quality of life and all components of that really helped build that out,”” stated Governor Reynolds.

“The evidence shows that states with the best tax systems will be the most competitive at attracting new businesses and most effective at generating economic and employment growth,” wrote Jared Walczak and Janelle Cammenga, authors of the 2021 Business Tax Climate Index. 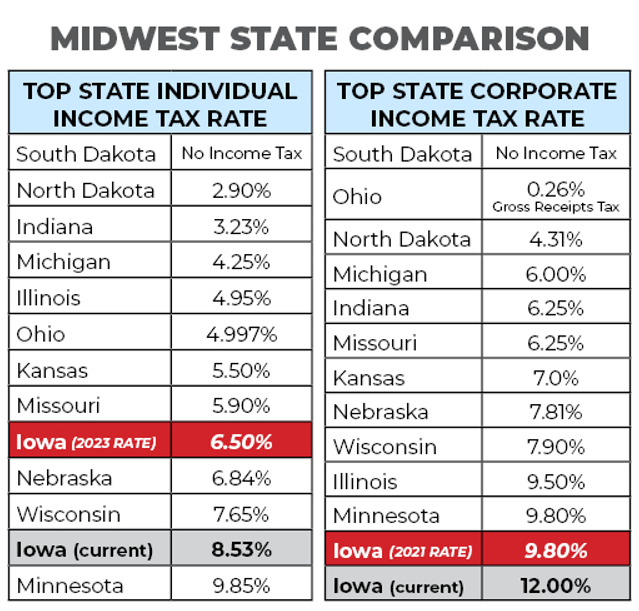 “It is important to remember that even in our global economy, states’ stiffest competition often comes from other states,” noted Walczak and Cammenga.

How can Iowa continue to lower tax rates and ensure that the state is competitive, and taxpayers keep more of their hard-earned income?

These policy goals would greatly improve Iowa’s tax climate. The 2021 Business Tax Climate Index is another reminder that Iowa’s tax rates are too high. Iowa needs to follow the example of other states such as North Carolina, Indiana, and Utah and continue to lower tax rates.

Reducing tax rates will not only allow taxpayers to keep more of their hard-earned money, but it will also lead to economic growth and make Iowa a more competitive and attractive state.