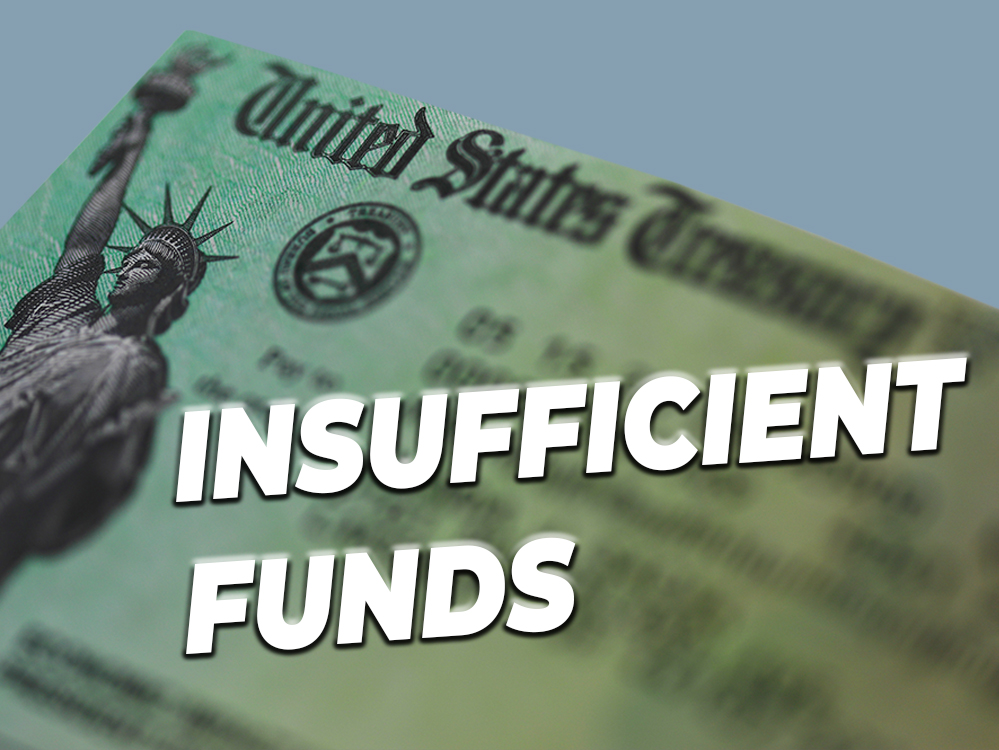 Iowa, just as with other states, has become dependent on the federal government for support. Iowa’s $7.6 billion state budget is dependent on the equivalent in federal aid to help fund numerous programs. Through these funds, the federal government can impose both funded and unfunded mandates on the states.  This growing dependency on Uncle Sam is dangerous not only because federal funds could be eliminated, but often these funds come with a cost as it forces state spending increases in order to comply with federal rules.

Auditor of State Rob Sand reported that Iowa received $9.3 billion in federal funding in fiscal year 2019. The $9.3 billion was a $350 million or 3.9 percent increase over the prior year. Most of the federal funding goes to Medicaid ($3.5 billion), but Iowa administers an estimated 600 federal government programs. Here are some of the major areas that receive federal funds: 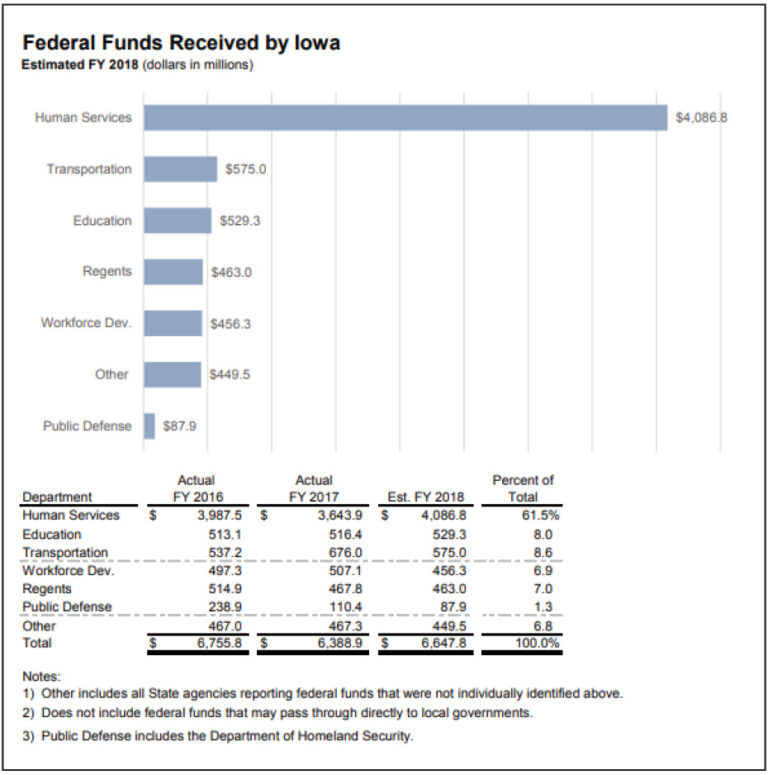 As a result of the COVID-19 pandemic emergency, Iowa has currently received $2.8 billion in federal government assistance from the aid packages passed by Congress. Iowa’s federal stimulus and relief funds are shown here: 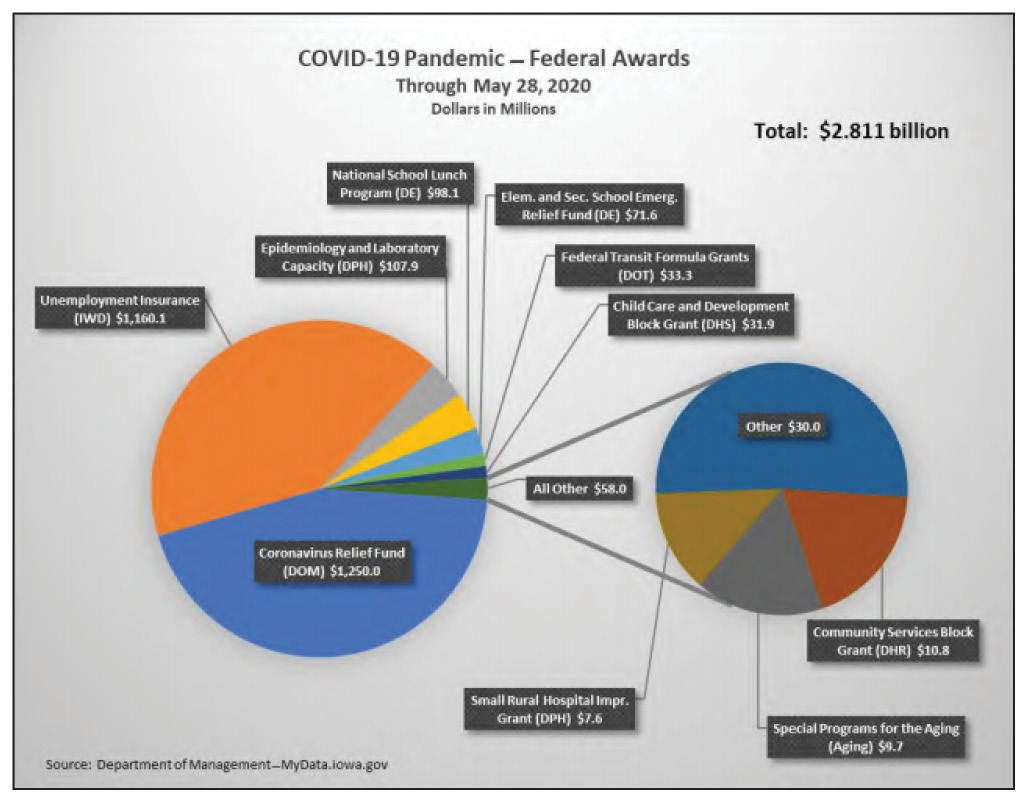 In order to support the economy and to provide economic relief to states, individuals, and businesses, Congress passed the $2.2 trillion CARES Act, which  Iowa is received  $1.25 billion.

A large portion of the federal stimulus funding came from the CARES Act, which provided Iowa with $1.2 billion. A frustrating aspect of the CARES Act is that states do not have much flexibility in utilizing the funds. States should have greater flexibility to work with CARES Act funds to fill revenue shortfalls or provide aid to local governments. Governor Kim Reynolds has recently stated how this funding would be used in Iowa. The Governor will be saving $550 million in order to support the state unemployment trust fund or other COVID-19 related needs, but she intends to spend $700 million on the following: 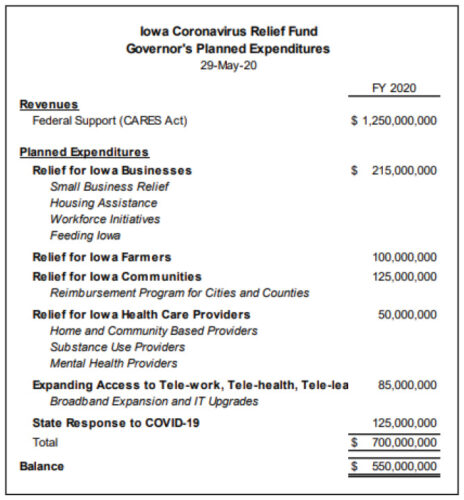 Stimulus and aid from the Federal government and the Federal Reserve will have an impact on Iowa as our state economy begins to recover from COVID-19. However, it is important to understand federal funding is never “free” money because it comes from taxpayers.

“We need to remember that federal spending is not a free lunch. It will require more borrowing and thus higher federal taxes down the road – taxes that will ultimately land on residents of the 50 states, stated Chris Edwards, Director of Tax Studies at the Cato Institute.

Federal funds also have unintended consequences. This not only includes funded and unfunded mandates, but federal funds could harm public policy. An example of this is the federal $600 per week support benefit provided to those who are unemployed and receiving state unemployment benefits. These benefits have resulted in many earning more on unemployment than they did working, which creates an incentive for people not to return to work. Senator Chuck Grassley has recently called for the program to be ended and Iowa Workforce Development Director Beth Townsend said “79 percent of Iowans on unemployment since April have received more money each week than they did at their former jobs.”

The federal government is also accumulating dangerous levels of debt. The national debt has hit a historic high of $26 trillion. The Congressional Budget Office is estimating that the deficit for this year will reach $3.7 trillion. The COVID-19 pandemic has driven most of the recent rapid debt increase with jumping from $24 trillion in April to $26 trillion in June. The national debt crisis may be the greatest economic challenge our country has ever faced. It may destroy our currency, require major budget cuts, and even become a threat to our national security. It is not in the country’s best interest to continue borrowing from foreign nations such as China.

President Ronald Reagan stated that “no government in the history of civilization has ever voluntarily reduced itself in size.” If Congress continues to fail to address spending and reduce the national debt, the nation may witness forced austerity, which means budget cuts that will impact the states.

It cannot be disputed that federal policy does have an impact on the states. Whether the issue is federal tax reform, trade policy, or the farm bill, Iowa will be impacted by decisions made in Congress. It is essential that states understand and have a full accounting of all federal funds within it. Nevertheless, Iowa must be prepared when Uncle Sam is no longer able to give “free” handouts.