What power do local governments have over taxes in Iowa?

Municipal officials have two major limitations: (1) local governments can only tax their residents as “expressly authorized” by the legislature, and (2) they cannot exercise powers that conflict with state law, meaning it is up to state lawmakers to tell local officials what their powers are.

This is an important question for anybody hoping to solve the problem of high property taxes in Iowa. For example, joining with local officials opposed to new limits on their taxing power, House Minority Leader Jennifer Konfrst, D-Windsor Heights, suggested tax reform would limit local officials’ proper authority.

The reasonableness of Representative Konfrst’s position depends on how much authority those officials actually have. While balance is necessary, local officials do not have the power to do whatever they want. Both legal precedent and a governing philosophy apply.

In City of Clinton v. Cedar Rapids & Missouri River Railroad (1868), municipal officials sued the railroad company and claimed they had the power to block a railroad running through their city’s streets. Conflicting with this claim, the state legislature had enacted state law allowing the railroad to be built, leaving the underlying question of who had the authority to make a final decision. 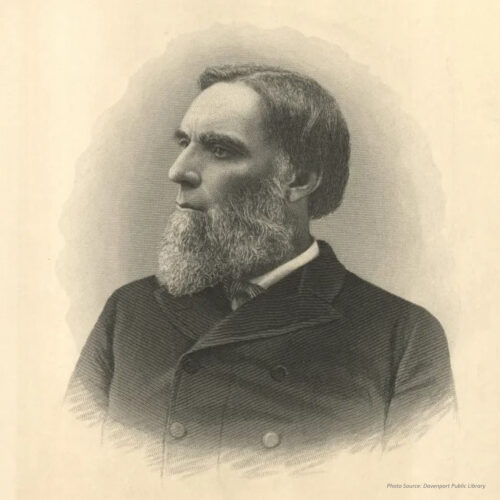 Iowa Supreme Court Justice John Dillon famously ruled that city governments could only possess and exercise powers expressly granted to them by the legislature. Justice Dillon did not regard local governments as separate from state government, but as political subdivisions of it. “Municipal corporations owe their origin to, and derive their powers and rights wholly from, the legislature,” Dillon argued. “It breathes into them the breath of life, without which they cannot exist.”

This doctrine became known as Dillon’s Rule, an interpretation of state law limiting local governments to the powers specifically delegated to them. The United States Supreme Court subsequently affirmed the principle in Hunter v. Pittsburgh (1907).

While Dillon’s Rule remains the law of the land, the citizens of Iowa voted in 1968 to amend the state constitution in order to grant municipalities more authority to run their own local affairs and government. However, municipal officials have two major limitations: (1) local governments can only tax their residents as “expressly authorized” by the legislature, and (2) they cannot exercise powers that conflict with state law.

What does this mean for property taxes? It means it is up to state lawmakers, like Representative Konfrst, to tell local officials what their powers are.

For example, Iowa law requires cities to provide fire protection to their residents. Similarly, a 1997 Iowa Supreme Court case affirmed that the laws of the state require cities to “provide police protection to… residents through locally hired police officers or through intergovernmental agreement.” Faced with limits to their ability to raise property taxes, local officials sometimes claim they will have to take actions such as cutting emergency management. This threat is nothing more than a scare tactic because the state guarantees the services.

Plenty of state statutes mandate that local governments provide core government services. On the other hand, legislators have left local governments free to offer (or to eliminate) plenty of non-core services that drive up property taxes, such as economic development programs and aquatic centers. These should be the spending items up for debate, not life-or-death essentials.

Iowa’s 2023 Legislature has made it very clear property taxes will be a focal point, and there is no doubt spending is the cause of excessive increases. For better or worse, local governments continue to have control over most of what they spend money on, and if legislators are worried about the actions local officials will take, they need only set new boundaries.

In the meantime, citizens and legislators can rest easy. No one should worry that limiting property tax increases is going to defund police departments, fire departments, or ambulance drivers. Local governments don’t have the power to do that.