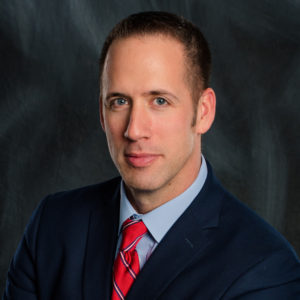 Chris Ingstad is an eighth-generation Iowan who leads ITR Foundation, his state’s pro-growth, free-market think tank.  He joined the Foundation as President and CEO in June 2022 after ten years working for Iowans for Tax Relief, serving as its President from 2016 to 2022.  Under his leadership, Iowans for Tax Relief, a 501(c)(4) organization, played a key role in many conservative victories inside the Iowa Capitol, including three rounds of income tax cuts, occupational licensing reform, donor privacy protections, property tax transparency, and the elimination of Iowa’s inheritance tax.

Prior to working in public policy, Ingstad served as Vice President of an investment management firm, and he held various corporate finance roles for a publicly traded manufacturing company.

Chris and his wife, Sarah, have four children. He earned a Bachelor of Arts degree in Finance, as well as a Master of Business Administration degree, from Saint Ambrose University in Davenport, Iowa. 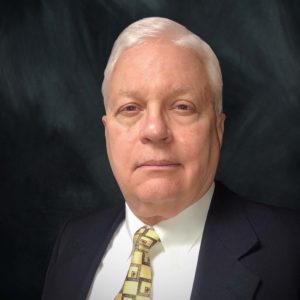 Rich, a native of Muscatine, has been with ITR Foundation for over 10 years having previously been the President of Pearl Mutual Funds. He has been employed by private law firms in Iowa and financial institutions in Arizona and Iowa. A former Assistant Attorney General for the State of Arizona, Phillips worked in the area of money laundering and criminal forfeiture. He served as the elected Muscatine County Attorney for 10 years and during his public service was chair of the Iowa County Attorney Association Legislation Committee, lobbying at the Iowa Capitol and served as President of the association. Phillips earned degrees from Iowa State University and Drake Law School.

Rich is married to Patricia, a middle school teacher. They have 4 adult children and 6 grandchildren. They are both active in their parish and school. 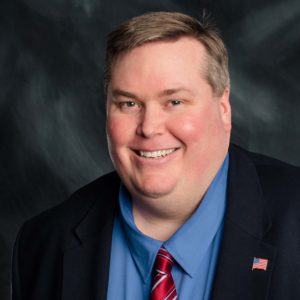 John Hendrickson joined the ITR Foundation team in 2017. Before becoming Policy Director for ITR Foundation, Hendrickson served as a Research Analyst with Public Interest Institute, a public policy research group, and as a researcher for the Heritage Foundation. His articles have been published in many newspapers across Iowa including the Des Moines Register, Cedar Rapids Gazette, and the Lee Enterprises newspapers.

Hendrickson earned both his BA and MA degrees in History from the University of North Dakota. He specializes in American political and constitutional history. 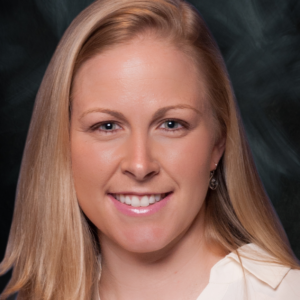 Sarah Curry joined the ITR Foundation team in 2022, bringing over a decade of public policy experience. She previously served as the Policy Director at the Nebraska based Platte Institute and as the Director of Fiscal Policy Studies at the North Carolina based John Locke Foundation. Her work focuses on fiscal issues such as taxes and the state budget as well as federalism, local government, transparency, regulation, and a host of other policy areas. Before entering the policy world, Sarah worked in state government and the private banking sector.

Sarah and her husband, Paul, moved to Iowa in 2016 and enjoy raising their family of three boys on their acreage property outside of Glenwood. She earned a Doctor of Business Administration in Finance where her dissertation focused on municipal debt. Her hobbies include officiating soccer matches, camping and hiking with her family, and volunteering for her church. 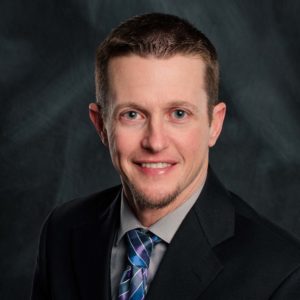 Barry has been ITR Foundation's Multimedia Specialist since 2018. He creates digital animation, pictures, graphics, video, and print content from idea to posting. He has over 15 years of design and print experience with O.P. Printing and Iowans for Tax Relief.

Barry and his wife Alison have one son and are actively involved in their church, local fire department, and community.

Vance Ginn, Ph.D., is an accomplished free-market economist who works to let people prosper. He is the founder and president of Ginn Economic Consulting where he provides high-quality research and trusted insights on how to affect change at the federal, state, and local levels.

Dr. Ginn's experience includes time in public policy, government, and academia. He is a fellow or scholar at several think tanks, including at Texas Public Policy Foundation (TPPF) and Americans for Tax Reform. He previously served as the associate director for economic policy ("chief economist") of the White House’s Office of Management and Budget, 2019-20, where he advised the OMB’s senior staff on economic and fiscal policy matters, resulting in $4.6 trillion in savings over a decade and the need for a fiscal rule in the President's FY 2021 Budget. Dr. Ginn was the former chief economist at TPPF and policy director for TPPF's Alliance for Opportunity campaign, a multi-state poverty relief initiative, where collectively he fought for and won many free-market reforms to let people prosper during multiple legislative sessions.

He has taught many economic courses at several institutions of higher education, including Sam Houston State University and Texas Tech University, where he won a teaching award. Dr. Ginn has appeared on leading national and state news shows, such as America Reports on Fox News and Cavuto: Coast to Coast on Fox Business. His commentaries have been published in The Wall Street Journal, Fox News, Washington Post, National Review, and other national and state publications. Dr. Ginn earned his BBA in economics and accounting and a Ph.D. in economics at Texas Tech University.

He graduated from home school in South Houston, Texas, resides in Round Rock, Texas with his wife and three kids, and is a drummer who played for a top rock band in Houston, Texas.

Alan Ostergren is President of Kirkwood Institute, a non-profit, strategic litigation law firm in West Des Moines, Iowa, as well as an attorney in private practice.

Ostergren earned his bachelor’s degree from Grinnell College in 1994 and graduated with honors from Drake University School of Law, where he earned his Juris Doctorate in 1997.

Alan is a frequent guest on Iowa media programs and has been featured on Dateline NBC.

Dr. Chris Peters is a Contributing Scholar to ITR Foundation, a 9-year Army Medical Corps veteran, a surgeon, and a small business-owner in Coralville. He was also the Republican candidate for U.S. Congress in Iowa’s 2nd District in 2016 and 2018. Most importantly, Chris has been happily married to Julie for 26 years, is the proud father of three adult sons, Cole, Jake, and Caleb, and is the delighted grandfather to Jake’s son, Liam.