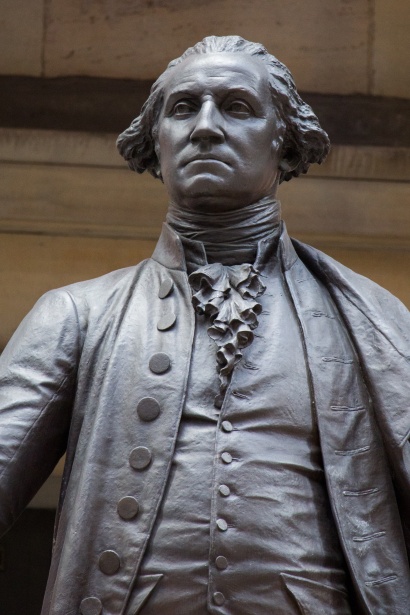 “The Constitution is the guide which I never will abandon.” - George Washington, 1795

On Tuesday, September 17, 2019, the nation remembers the events that took place in the summer of 1787. September 17th is Constitution Day and Americans will have an opportunity whether in school, institutions of higher education, or other events to remember what President Herbert Hoover referred to as the “greatest of all charters of government.” In remembering and thinking about the Constitution, we not only recall the document but the events and individuals that shaped that historical and divine epoch in Western civilization. The names are sacred: James Madison, Alexander Hamilton, James Wilson, Roger Sherman, Gouverneur Morris, among others. They were all notable figures, representing some of the best minds in political philosophy, but one individual stands out for his leadership, prudence, character, and for holding the Republic together—George Washington “was the indispensable man of the epoch.”

“We can all see the brilliant flourishes of Jefferson’s pen, Madison’s constitutional handiwork or the success of Hamilton’s economic policies, and that can cause us to overlook or underestimate the magnitude of Washington’s achievement,” wrote Matthew Spalding, a Washington Scholar and Dean of Hillsdale College’s Van Andel Graduate School of Government. Dr. Spalding stated “he [Washington] really was, as Washington’s greatest biographer James Flexner, put it, the ‘indispensable man’ of the American founding.

Washington’s leadership was the capstone of the new Republic from his service as Commander-in-Chief of the Continental Army, President of the Philadelphia Convention of 1787, and as the first President of the United States under the newly ratified Constitution. It was Washington who quelled rebellions, such as the Newburgh Conspiracy and Whisky Rebellion, against the new government and facilitated the often fierce political and policy disagreements between the Federalist and Anti-Federalist factions. Washington was the “cooler head” who dealt with the competing policy ideas of Alexander Hamilton, Thomas Jefferson, and James Madison. He rejected calls to establish him as a King; in fact, he willingly resigned his commission as Commander-in-Chief and later established the precedent of the two-term presidency, which demonstrated a peaceful exchange of power when John Adams was elected president in 1797.

Washington’s Farewell Address, which has been characterized as one of the most eloquent statements of American political philosophy, directed the young Republic to faithfully uphold and follow the Constitution. As Washington stated:

This government, the offspring of our own choice, uninfluenced and unawed, adopted upon full investigation and mature deliberation, completely free in its principles, in its distribution of its powers, uniting security with energy, and containing within itself a provision for its own amendment, has a just claim to your confidence and your support. Respect for its authority, compliance with its Laws, acquiescence in its measures, are duties enjoined by the fundamental maxims of true Liberty. The basis of our political systems is the right of the people to make and to alter their Constitutions of Government. But the Constitution which at any time exists, ‘till changed by an explicit and authentic act of the whole People, is very sacredly obligatory upon all. The very idea of the power and the right of the People to establish Government presupposes the duty of every Individual to obey the established Government.

Washington, who held the Philadelphia Convention together, fully understood the pressures, factions, and trials the Constitution would face, but with that said, he advised the nation to follow the Constitution and not simply use it for a flexible set of guidelines. The Constitution not only represented the rule of law but national unity. He also understood the importance of a written Constitution—a document that limits government to specific powers and truly holds the beacon of liberty.

The place of Washington in history is secure. He stands as a world figure. He ranks as a great captain, a foremost statesman, and the supreme patriot. Without him, it is difficult to comprehend how independence could have been won. Holding at all times the complete affection of all his soldiers and the highest confidence of his fellow countrymen, his approval aided greatly in the adoption of the Constitution, his honesty opposed any repudiation of the debts of his country, and his character gave to the office of the presidency a position and influence which contributed greatly to stability in the formative period of our government.

President Warren G. Harding described the Constitution as the “ark of the covenant of American liberty,” and he reminded his fellow Americans that “it is good to meet and drink at the fountains of wisdom inherited from the founding fathers of the republic.”

As a nation, we need to spend more time at the “fountains of wisdom” of the Founding Fathers. President Calvin Coolidge stated: “The more I study it, the more I have come to admire it, realizing that no other document devised by the hand of man ever brought so much progress and happiness to humanity. The good it has wrought can never be measured.”