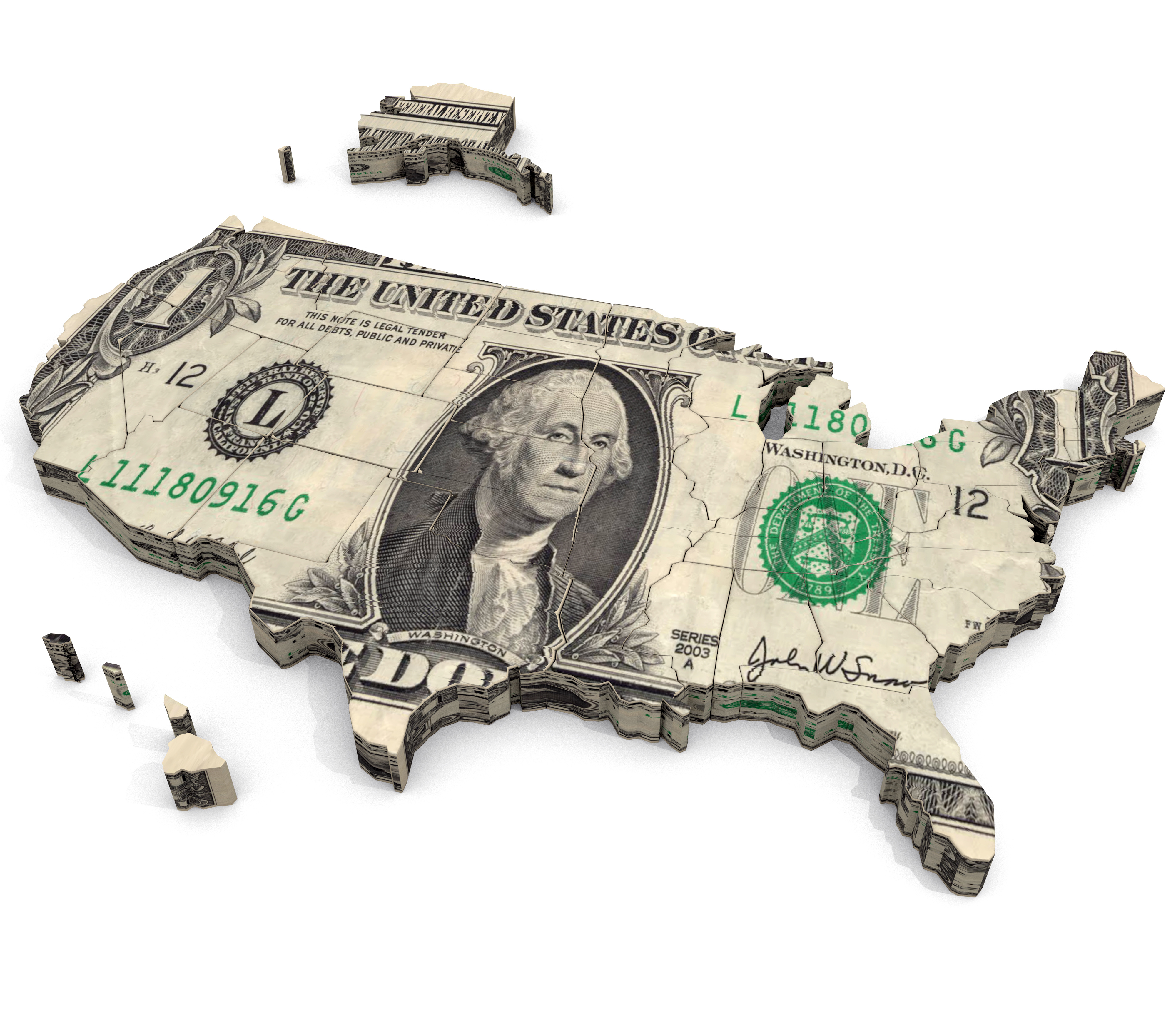 Addressing our massive national debt should be a top priority. Iowans must understand that the national debt crisis will not only impact them directly, but also state finances.

The national debt has reached $22 trillion. Federal spending is now approaching $4.7 trillion as Congress currently debates President Donald Trump’s proposed budget. James Grant, editor of Grant’s Interest Rate Observer, calculates that each American would have to pay at least $65,885 in order to pay down the national debt. This amount has probably increased since Grant made this calculation when the national debt was $21.5 trillion. The cause for the escalating national debt is a broken budget process and a reckless spending addiction.

“The remote political cause of this predicament is the ideology of statism. In Washington, this takes the form of tax and tax, spend and spend, elect and elect; on Wall Street, it’s found in too-big-to-fail, a virtually socialized mortgage market, and an overreaching, manipulative central bank,” wrote Grant.

From 2000 to 2018 federal spending has increased from $1.8 trillion to $4.2 trillion. Spending, along with deficits and the debt, are all projected to increase. 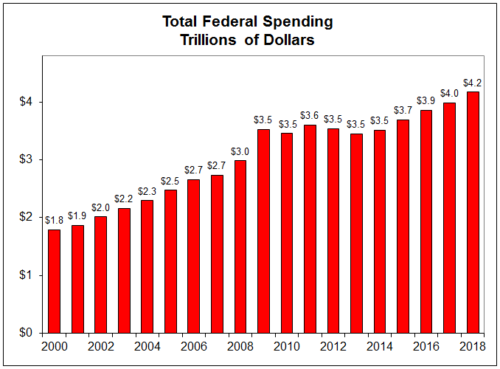 To place this massive spending in historical perspective Grant notes that “it took the United States 193 years to accumulate its first trillion dollars of federal debt…” Brian Riedl, a Senior Fellow at the Manhattan Institute, notes that “the national debt has more than doubled from $10 trillion to $21 trillion since 2008, and is projected to surpass $37 trillion within the next decade.” “Over the next 30 years, the Congressional Budget Office (CBO) forecasts an $84 trillion avalanche of new debt,” stated Riedl.

The spending does not appear to be slowing down and the debt is projected to increase. Reckless spending is not the only factor driving the national debt. A large portion of federal spending is consisting of mandatory spending on Social Security, Medicare, and Medicaid. 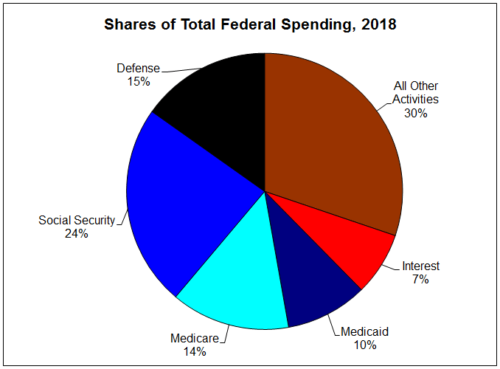 With no federal spending restraint and the escalating cost of entitlement programs the national fiscal crisis is truly an emergency. Brian Riedl describes the seriousness of the debt crisis:

Annual budget deficits are projected to soon surpass $1 trillion, on their way to $2 trillion or even $3 trillion in 10 to 15 years. Social Security and Medicare face a combined $100 trillion cash deficit over the next 30 years, which is projected to bring a $100 trillion national debt. At that point, interest on that debt would consume 40% of all tax revenues—or more, if interest rates rise. Unless reforms are enacted, global markets will, at some point, stop lending to the U.S. at plausible interest rates. When that event occurs, or even approaches, interest rates will soar, and the federal government will not be able to pay its bills, with dire consequences for the U.S. economy.

Iowans should be concerned with the escalating national debt. The debt crisis will not only impact the national economy, but it will also create trouble within our state government. In Fiscal Year 2017, Iowa received $8.5 billion in federal funds. Is the legislature prepared to handle the fiscal impact if and when the federal government must reduce spending? Overall the federal government provides an estimated $700 billion in aid to the states. Policymakers in state capitols across the nation become too dependent on federal money and often forget that this is also the taxpayer’s money.

The solution to the national debt crisis must reside in reducing spending and reforming costly entitlement programs. Whether at the federal or state level reducing spending will not be easy, because too many special interests are advocating for more tax dollars and all claim the mantle of being vital to society.

It is a mistake for policymakers to think that there will be no consequences for deficit spending or printing money. This is especially true for the socialists who advocate universal basic incomes, universal health care, and Green New Deals that if enacted will cost an estimated $93 trillion. It is also a mistake to think that we can simply grow our way out of debt without addressing spending.

If Iowa thought that the de-appropriation process was painful in past recent legislative sessions, what will happen when Uncle Sam is no longer able to provide such a generous allowance?