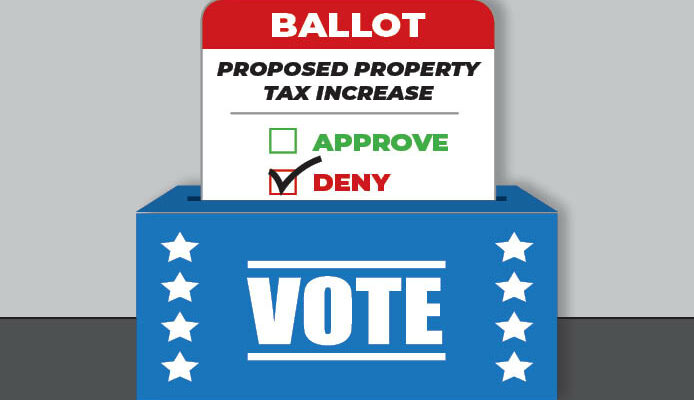 At the heart of high property taxes is local government spending. County assessors are often blamed because people receive their property tax valuation bills in the mail and they immediately think that a valuation increase translates into a property tax increase. This is misplaced blame because it is the local government taxing authority that decides on how much taxes are needed to fund government. Assessors, for the most part, are doing their job and following the rules. It is local governments that are taking advantage of increased assessments to justify collecting and spending more taxpayer dollars. The best method to provide long-term property tax relief is to stop overspending at the local level. Unless spending is controlled, any property tax relief will be limited.

Overwhelmingly, Iowans agree that property taxes need to be lowered. In 2019, the legislature passed a property tax accountability and transparency measure. This new law requires county and city governments to hold a public hearing if the proposed budget increases more than two percent above the previous year, and a supermajority vote for the increase to be enacted. This new two percent “soft cap” is meant to control the growth of property taxes and require local governments to provide more transparency. School districts were excluded even though they consume a large portion of property taxes. Iowa already has both a property tax assessment and rate limitations.

However, limitations can be weakened by exempting various budget categories. If a spending limitation is designed with numerous budget items that are exempt from the limitation, it weakens the effectiveness of the spending limitation. New Jersey is an example, which established a 2 percent property tax cap, but exempts pensions, health benefits, debt, construction, and emergencies from the cap.

In 2019, the Texas legislature passed a property tax reform law (Senate Bill 2) which in part requires local governments to “hold an election if they wish to raise 3.5 percent more property tax revenue than the previous year.”  “Senate Bill 2 will require cities and counties to go to the people for a vote before they can increase their revenue by more than 3.5 percent plus any new local growth. To put it bluntly, Senate Bill 2 requires cities and counties to stay within their taxpayers’ ability to afford their local government,” wrote Texas Lieutenant Governor Dan Patrick. The measure also limited the growth of school district revenue to 2.5 percent.

Colorado has the strictest tax and spending limitation written into their state constitution. Colorado’s TABOR or Taxpayers Bill of Rights not only limits government spending but requires voter approval of tax increases and bond measures. The main pillars of TABOR include:

Local government revenue under TABOR “is tied to inflation plus construction value, and school districts are limited by student enrollment.”  TABOR mandates that revenues that grow beyond the limit are returned to taxpayers. The property tax is the “most limited of all taxes in Colorado,” because they are restricted by TABOR and other property tax limits. Colorado has property tax assessment, rate, and levy limits. TABOR helps to “rachet down” property taxes.

TABOR is unique because it forces government to be transparent by requiring tax and spending increases to be approved by voters. The objective of TABOR is to “allow governments throughout Colorado an automatic but reasonable annual budget increase,” while preventing government from growing too fast. “TABOR encourages wise, cost-effective budget choices and efficient performance. Among TABOR’s results in normal times have been economic growth, increased employment, and improved government services. TABOR requires that governments budget the same way we do for our families or businesses. It’s not onerous; it’s reality,” stated Peg Brady, who served on the TABOR Foundation Board.

James Hohman, Director of Fiscal Policy at the Mackinac Center for Public Policy, argues that limitations help “ensure popular control of local government.” Tax and spending limitations serve as essential taxpayer protections. “Limits also give residents an important responsibility: to ensure that their government functions appropriately within them,” noted Hohman.

Tax and spending limitations are often thought to be too restrictive, but Colorado has demonstrated that people often do provide approval to either a tax or spending increase. Peg Brady argues that TABOR empowers taxpayers:

“Colorado voters, not politicians, have the final say on new taxes to fund programs. History shows that when government presents a solid cost-benefit analysis to voters, if we recognize the objective’s validity and the work-plan’s rationality, we consistently approve it. Citizens are respected when officials must explain a tax proposal.”

Hohman agrees that “government can grow by a limited amount, but it needs to align itself with popular support. Or to borrow from a document from the American founding, the consent of the governed.”

Iowans want and need property tax relief and a TABOR-style tax and spending limitation would ensure that local governments are more accountable to taxpayers. This style of measure would also serve as a strong taxpayer protection. Property taxes are a policy conundrum, partly because the demands on government spending continue to grow. Iowans need a property tax solution that will work for everyone. Freezing or subsidizing property taxes for various classes of property owners will not solve the problem as it merely places more burden onto those who do not qualify.  Colorado’s TABOR serves as an example of what Iowa could do to help control the growth of property taxes for ALL Iowans.