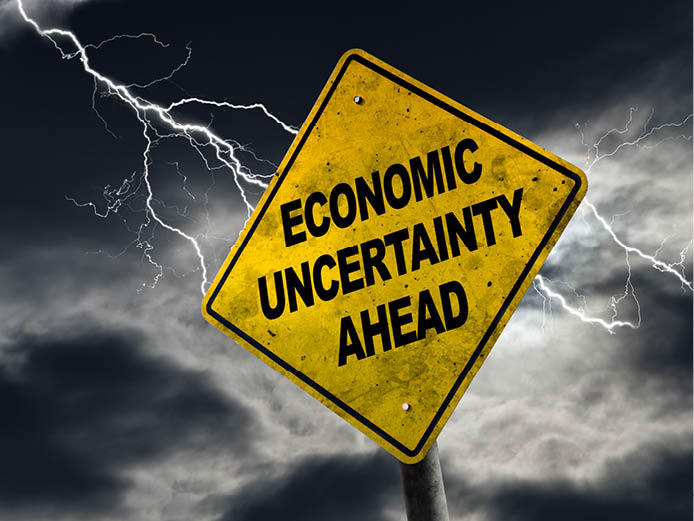 The threat of a national economic recession hangs over the United States as a result of the health emergency caused by the COVID-19 (coronavirus) pandemic. While much attention has been paid to what lawmakers in Washington D.C. have done, states and localities are also bracing for an economic recession. A month ago, Iowa’s economy was in a strong position with a healthy budget outlook supported by reserves and a projected budget surplus.  If the health impact of COVID-19 is not frightening enough, the side effect of the wisely mandated social distancing, which is lessening the impact of the virus, may cause the economy to shrink. There is almost unanimous agreement that social distancing and shelter-in-place orders cannot be long-term solutions without massive economic consequences. With all the uncertainty, Iowa should take steps now in case the looming recession becomes a reality.

One of the most visible results of social distancing has been government shutting down businesses across Iowa. In February, Iowa’s unemployment rate stood at 2.8 percent. It was one of the lowest unemployment rates in the nation. At this time, over 164,252 Iowans have applied for unemployment. A majority of those Iowans were previously employed and through no fault of their own are now unemployed as a result of COVID-19. Similar impacts are being felt across the nation, with over 6 million Americans filing for unemployment as a result of social distancing closing numerous businesses.

Unfortunately, these unemployment claims will certainly increase. The COVID-19 emergency may cause unemployment levels to surpass both the Great Recession and the Great Depression. The St. Louis Federal Reserve is predicting an unemployment rate of at least 32 percent, which is higher than Great Depression levels of the 1930’s. While the possibility of so many Americans being out of work is incredibly concerning, it is important to understand that these projections may be short-lived depending on the outcome of COVID-19’s economic shutdown.

A major part of the uncertainty that overshadows the economic impact is how long the social distancing and related business shutdowns will last. Currently, social distancing has been extended to the end of April. The longer businesses are closed, the more difficult it may be for them to reopen, especially for small businesses. Likewise, if the status quo continues, more people will be forced onto unemployment. It is possible that the economy will bounce back once Americans can return to work, but again we are in unchartered waters.

In an attempt to provide stability to the economy, the federal government has passed a massive $2 trillion economic stimulus (CARES Act) of targeted economic relief to both individuals and businesses. It is still uncertain when businesses will be able to reopen, and when social distancing and shelter-in-place orders will be suspended.  Despite these efforts, the question remains if the nation will enter a recession (officially defined as two consecutive quarters of negative growth) or will it bounce back in the aftermath of COVID-19?

In addition to federal relief measures, Governor Kim Reynolds and the Iowa legislature have passed legislation to provide supplemental appropriations to support Medicaid, the State Hygienic Lab, and other health related programs. If needed, Governor Reynolds can utilize up to $20 million from the Economic Emergency Fund. Iowa is also helping the unemployed and small businesses through a variety of measures including extended tax deadlines, grant support to businesses, and the suspension of certain regulations. While these measures are focused on immediate COVID-19 relief, what steps should Iowa take to best prepare for an economic recession that could potentially linger until the end of the year or beyond?

Perhaps the first step is to simply practice spending restraint. The legislature still needs to finalize and pass a budget for Iowa’s next fiscal year which begins on July 1. Before the legislature went on recess as a result of COVID-19, the Revenue Estimating Conference (REC) met and projected revenues for Fiscal Year 2021 would be $8.2 billion compared to the $7.982 billion estimate for Fiscal Year 2020. Iowa code states that the legislature can spend up to 99 percent of that projected revenue, but it would be sensible for the legislature to budget at a level significantly under their allowable maximum.

A lower spending level would defend against a possible budget deficit as it remains  uncertain on how Iowa revenues will ultimately be impacted. Will Iowa coffers see a decline in income and sales tax revenues as a result of COVID-19? History shows that income taxes tend to be volatile during economic downturns, but this may also apply to sales tax collections. It is easy to understand how closed retail stores leads to lower consumer spending and a direct hit on sales tax revenue. While Iowa now collects online sales taxes, which may help sales tax revenues from dipping even lower, the longer Iowans are practicing social distancing the more it will likely impact consumer spending.

With revenue uncertainly, legislators should prepare to focus spending only on the main, on-going priorities of state government and resources for COVID-19 relief. It will be essential to define those priorities, while avoiding both new and non-essential spending. This may also include a hiring freeze on state employees. Slowing spending now can avoid more painful budget cuts if a recession occurs.

Along with spending restraint, policymakers need to continue to keep tax rates low. This also includes ensuring Iowans that they will not be penalized on state taxes for the federal relief granted by CARES Act. Lawmakers may need to clarify through legislation that this direct relief will not be subject to state taxation.

Prior to the COVID-19 emergency, the legislature was considering a new round of income tax reform to build off 2018’s reforms.  At this point in time, any new tax changes may be placed on hold until the economic impact is fully understood. However, because the 2018 reforms were phased-in over multiple years and included two forms or revenue triggers, policymakers should work to ensure that the planned cuts in 2023 will still take place. Iowa’s projected revenues prior to the emergency were moving in a positive direction, which meant that it was possible that both revenue requirements would be met to allow rates to be lowered. Policymakers should consider eliminating or revising the triggers to ensure that a rate reduction will occur in 2023.

Iowa’s economy would be helped if the 2023 income tax rate reduction was not delayed. Patrick Gleason, who serves as Vice President of State Affairs at Americans for Tax Reform, recently wrote that “one take-away for governors, state legislators, and other public officials that is already becoming clear is not only the importance of saving during the good times, but also the prudence of not making government disproportionately dependent on upper income households or certain economic sectors.”

In other words, a state should not rely so much on the income tax as a major source of revenue. Gleason credits North Carolina as the “state most well positioned to deal with the pandemic-driven economic downturn,” because the state has not only controlled the growth of spending, but as a result of their historic tax reform created a tax code that “yields less volatile revenue collections in economic downturns…” By flattening and lowering their income tax rates, North Carolina is in better position than states with progressive tax codes.

Finally, the COVID-19 emergency has resulted in the suspension of some Iowa regulations. In the aftermath of the emergency, policymakers should review every regulation that was suspended and evaluate whether a regulation was truly needed. This emergency has demonstrated across the nation, whether at the state or federal level, regulations need to be reviewed. The emergency also demonstrates Iowa’s need to reform occupational licensing laws, especially by granting universal reciprocity.

Currently, the priority of policymakers in Iowa is the health and safety of our state, as it should be. However, once the emergency is over, the best way to foster an economic recovery is to follow a prudent fiscal policy based on keeping spending low, avoid increasing taxes, and eliminating unnecessary regulations. This fiscal policy will help Iowa not only recover from the economic impact of COVID-19, but also better prepare us for future economic downturns.