Governor Kim Reynolds and the legislature have been working to control spending in Iowa. Prior to the COVID-19 emergency, Iowa was in a strong economic position with healthy and stable revenue growth. This included $800 million in reserves and a $400 million surplus. By March, all of this changed as the pandemic triggered an economic downturn and revenue uncertainty. In May, the Revenue Estimating Conference (REC) revised revenue estimates and the legislature passed a “status quo” Fiscal Year (FY) 2021 budget of $7.78 billion, which was only $26.6 million higher than FY 2020.

According to the Council of State Governments recent report, COVID-19: Fiscal Impact to States and Strategies for Recovery, Iowa is one of the few states to have actually balanced their budget. This report examined the fiscal conditions of each state. Iowa was one of the best states in terms of fiscal stability and resiliency. By focusing spending on priorities, the legislature was able to enact a prudent budget, which currently has an estimated surplus of $311 million along with a $800 million “rainy day” fund. As of June 24, Iowa’s budget reserves are at their statutory maximums.

Governor Reynolds and the legislature have done a good job with keeping spending in control. However, policymakers can utilize certain budget reforms to ensure spending remains low and to provide greater oversight of taxpayer dollars. Priority-based budgeting is one solution, which forces policymakers to spend only on the priorities of government. This method of budgeting has proven to work, especially during a budget shortfall. An example of this is the state of Washington which resolved a $2.4 billion deficit without raising taxes using priority-based budgeting. 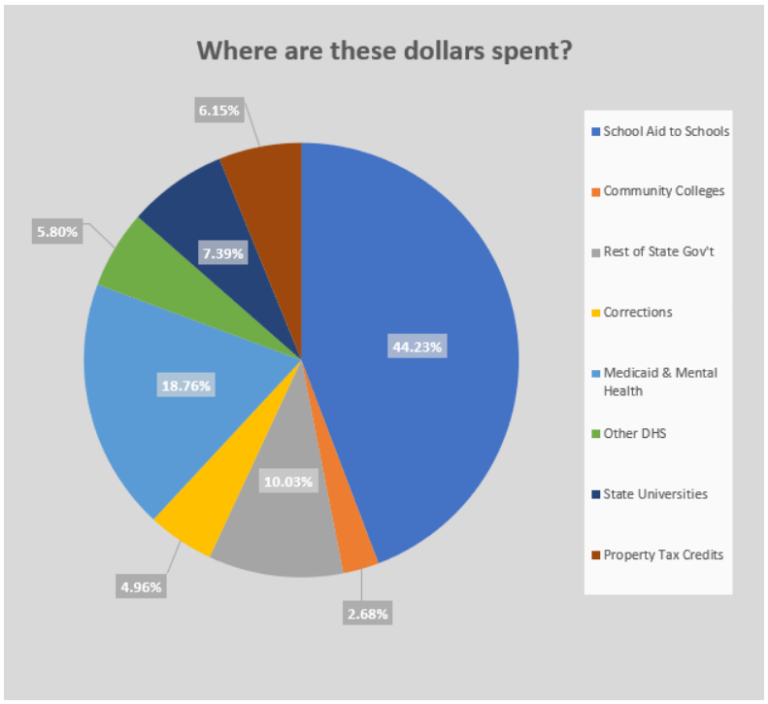 Another benefit of priority-based budgeting is it can focus spending on forgotten priorities. For example, a majority of Iowa’s budget (78 percent) is consumed by education and Department of Health and Human Services spending. This leaves little room for other priorities, especially public safety, and the courts. Spending on public safety, such as law enforcement, and the courts can actually be effective spending and encourage economic growth.

A similar approach is Zero-based budgeting, which requires all state budgets to begin at zero. “With zero-based budgeting, agencies were funded first based on any constitutional requirements, then on statutory authority, and finally according to expenditures in a priority list,” wrote Talmadge Heflin, Director of the Center for Fiscal Policy at the Texas Public Policy Foundation. “A key part of making zero-based budgeting a success includes reviewing all aspects of an agency or program including its purpose and goals as well as the metrics used to gauge success or effectiveness,” wrote Chuck DeVore, Vice President of National Initiatives at the Texas Public Policy Foundation. Zero and priority-based budgeting both share the goal of rooting out not only wasteful and ineffective spending, but also ensuring taxpayer dollars are spent responsibly.

Additional oversight mechanisms can also help to control spending. Utilizing third-party efficiency audits is one possibility. “When conducted properly, the practice lets an outside auditor do a deep dive into an entity’s budget and operations ‘to examine fiscal management, efficiency, and utilization of resources,’” wrote James Quintero, Policy Director for the Texas Public Policy Foundation’s Government for the People campaign.  Further, Quintero argues,  third-party efficiency audits “help to ‘generate ideas for significant cost savings,’ like identifying positions that are no longer needed and opportunities to consolidate functions.”

Some states are also utilizing legislative auditors and other agencies to evaluate state spending and ensure program accountability. Oklahoma created the Legislative Office of Fiscal Transparency (LOFT), which “will audit agency budgets and evaluate effectiveness of state programs and services.” The law will provide LOFT with the authority to require all “agencies, boards, and commissions to turn over all records, documents, and budgets” that are requested for oversight. The agency will also have the power of subpoena and investigative authority. 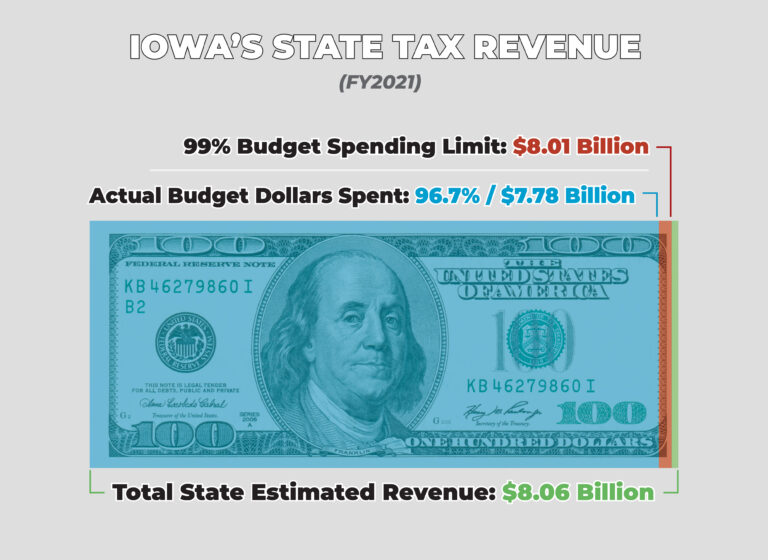 Government budgets are complicated and confusing, and Iowa needs additional oversight. As an example, Iowa has numerous tax credits and incentive programs reinforcing the argument for greater transparency and accountability to measure the effectiveness of these programs.

Iowa must only look to our neighbors in Illinois to see the consequences of uncontrolled spending. The COVID-19 crisis has especially shined a spotlight on the failed progressive “Blue State” tax and spend policies. As an example, it is estimated the Illinois rainy day fund could only operate the state for 15 minutes to cover a budget shortfall. Illinois is not the only state with these financial problems. States such as California, New York, Connecticut, among others have all demonstrated that a state cannot tax and spend its way to prosperity.

Controlling spending is the most difficult thing for a government to achieve because the demands on government continue to grow. Numerous special interests are also applying pressure on legislatures for greater spending, which often crowds out taxpayers. Governor Reynolds and the Iowa legislature have been keeping spending under control. This must continue to provide meaningful tax relief for Iowans. Taxes and spending are on the same side of the coin, and regardless of the tax, they cannot be lowered unless spending is addressed. We must recognize the financial burden taxes place on our citizens and do our due diligence to protect them and our state with fiscal accountability.