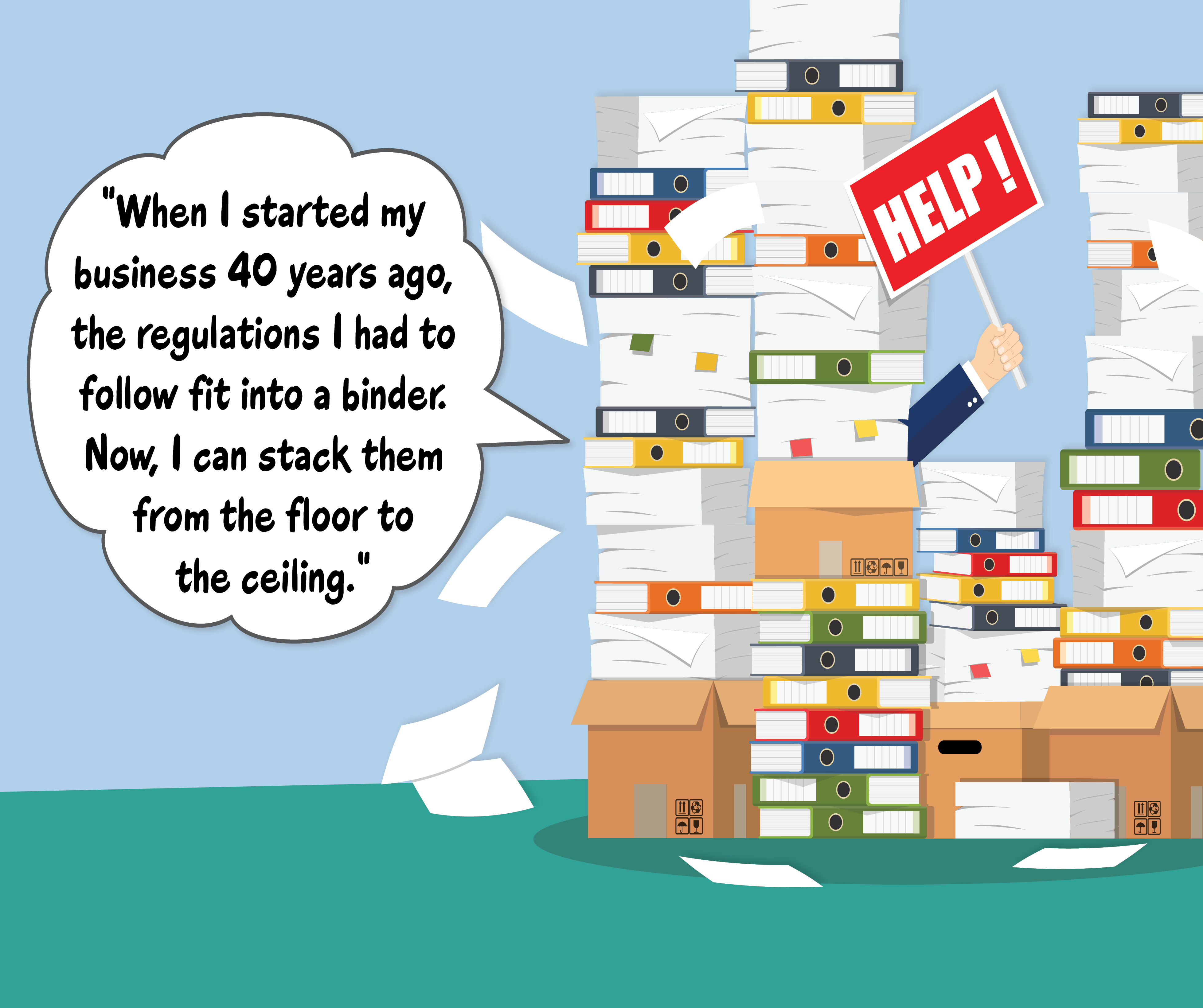 “When I started my business 40 years ago, the regulations I had to follow fit into a binder.  Now, I can stack them from the floor to the ceiling.”  A longtime business owner near Pella shared this thought recently and while we didn’t actually break out a measuring tape to verify his claim, it is certain that regulations on businesses in Iowa have increased over the years.  Regulations serve an important purpose in society but when government over-regulates the economy or a specific industry, the impact is harmful.

Governor Kim Reynolds recognizes the detriment excessive regulations can cause.  Upon the release of a study on Iowa’s regulatory framework in 2018, Governor Reynolds stated, “As governor, I’m committed to eliminating red tape throughout state government.  That means continuously looking at ways to make state government smaller, smarter, and more efficient.”

Iowa is fortunate that it has an Administrative Rules Review Committee in place that allows legislators and the public to act as gatekeepers and impact rules that are issued by government departments and agencies before they go into effect.  But how does Iowa evaluate rules that are already in place?  How do we ensure that rules implemented years ago are still necessary given how quickly business and technology changes?

Some regulations may become less burdensome for businesses without impacting the well-being of the public one bit.  A simple example is Iowa could allow more required information to be delivered electronically rather than mandating the use of certified mail. Other states are finding ways to implement regulatory reforms.  Consider:

Regulatory watchdog:  Iowa could create a new agency, office, or position to serve as a regulatory watchdog.  The main goal of the watchdog would be to provide information to legislators on the impact and effectiveness of various state rules and regulations so that elected officials could determine what may be good, bad, or unnecessary.  One drawback to this approach of course is that in the interest of shrinking government, an entirely new agency would be spawned.

Industries as diverse as food manufacturing, hospitals, and utilities are all subject to literally thousands of regulations in Iowa, many of which are important.  That doesn’t mean that our state hasn’t imposed stricter standards than the federal government or our neighboring states on some industries, or that there isn’t room for improvement of certain rules.  Our state must do all that we can to remain competitive to attract and retain businesses and entrepreneurs.